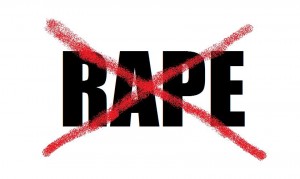 A 33-year-old electrician, Chukwuka Onuorah, who was contracted to install a DSTV decoder, in the home of a client, Mrs Gloria, allegedly returned to the house the next day to rape the client’s 15-year old housemaid. Leadership reports:

The incident occurred around 3pm on February 6, when Gloria who lived alone with the house help invited Onuorah over to her house to install the decoder. Onuorah did not finish the job that day and was told that he should come back only when Gloria was at home.

The next day however, Onuorah came back to Gloria’s house without informing her that he was coming to complete the installation. He immediately pounced on the housemaid who was alone in the house and forcefully had sex with her. The housemaid was said to have escaped from the room and locked the rapist inside the room while she ran outside to alert her neighbours . Chukwuka was promptly arrested and taken to the police station.

The FCT police command commissioner of police (CP) Mr Wilson Inalagwu who confirmed the incident during a press conference said the case is under investigation.

“The facts of the case are that on the 06/02/2015 at about 1500hrs one Chukwuka Onuorah ‘m’ of Gidan Daya village by Living Faith Church, Orozo was called by Mrs. Gloria to come and install DSTV Decoder for her. The suspect did not finish the installation that same day.