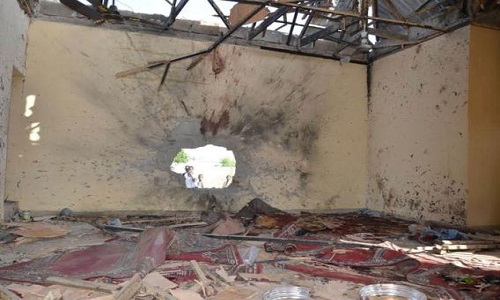 At least 17 worshipers were confirmed killed and 73 others injured on Friday after a bomb went off at a Juma’at mosque in the Jimeta area of Yola, Adamawa State.

Many of the victims had just said their Friday prayers and were leaving the mosque when the incident occurred.

It was learnt that rescue officials from the Red Cross, the National Emergency Management Agency and the security agencies have arrived the scene and were evacuating victims to the hospital.

The Governor of Adamawa State, Jibrilla Bindow, has called for blood donation for the injured, who are said to be in critical condition.

The Yola attack comes hours after a twin suicide bombing at a mosque in Maiduguri, the Borno State capital, killed 28 people.