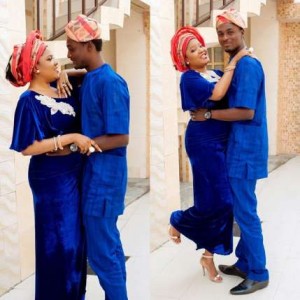 Nollywood couple Toyin Aimakhu and Adeniyi Johnson seem to be trying hard not to meet physically at events.

Adeniyi Johnson seems to be trying to move on without his wife after parting ways.

Sources at the recent premiere of Mercy Aigbe Gentry’s movie squealed that Adeniyi, who got to the event earlier than his erstwhile wife, was nowhere to be found when the Alakada star surfaced at the event.

Both Adeniyi and Toyin were guests at the movie premiere and the two took turns in enjoying banters with friends and colleagues on the red carpet and inside the event venue as they put aside their marital problems to mix with colleagues individually.

Though the couple had parted ways two years after tying the nuptial knot in a close-knit ceremony, they seem to have moved on judging from their appearance and mood at the an event last weekend.

According to gossips, there are clear indications that both parties were doing very fine without each other and they had moved on with their lives.