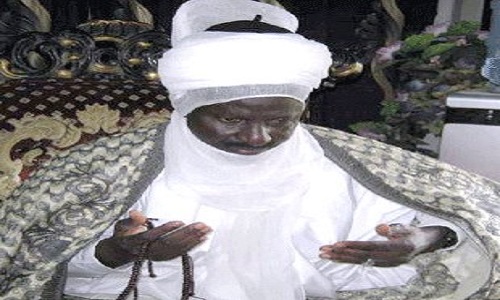 Kingmakers in the Borgu Emirate Council on Monday submitted the name of the new Emir of Borgu to Niger State governor, Alhaji Abubakar Sani Bello.

Gov. Bello in turn is expected to approve the Council’s decision after which the new Emir will be presented to the public.

The kingmakers’ decision was conveyed to the governor by the Waziri Borgu, Alhaji Abdullahi Nuhu Sa’ad‎ at the Government House, Minna.

According to Sa’ad, the selection was based on eligibility, personal relationship with people and character, all of which Barr. Muhammad Sani Halliru Dantoro (Marafan Borgu), one of the sons of the late Emir came top.

In his response, Bello commended the kingmakers’ decision, praying for Allah’s guidance for whoever emerges as the new Emir.

The stool of the Borgu Emirate became vacant following the demise of the Paramount ruler of Borgu kingdom, Haliru Dantoro Kitoro III, in Germany last month.