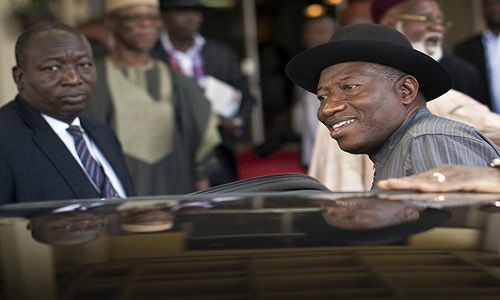 The Inspector-General of Police, IGP Solomon Arase, has dismissed suggestions that the attack on former President Goodluck Jonathan in Yenagoa, the Bayelsa State capital on Tuesday was an assassination attempt.

The IGP made this known while speaking with journalists at the Ministry of Interior in Abuja on Wednesday.

It would be recalled that the Ijaw National Frontiers (INF) on Tuesday accused the Bayelsa Police Command of covering-up the alleged assassination attempt on the former president by saying those arrested were mere thugs, who mistook Mr. Jonathan’s convoy for that of one of the governorship candidates in the Saturday’s election.

The INF also called on the IGP to unravel the facts surrounding the alleged attack.

In response to a question, Mr. Arase confirmed that although a driver veered his car into the ex-president’s convoy, he did not think it was premeditated.

He said: “From what I heard from the [State] Commissioner of Police, somebody veered into their [the President’s] convoy but I don’t think it was intended to hurt him. We have crazy drivers all over the place; Nigerians don’t like obeying the law”.

In an unrelated development, the police boss has disclosed that no fewer than 137 members of the Movement for the Actualisation of Sovereign State of Biafra (MASSOB) and Indigenous People of Biafra (IPOB) have been arrested and are presently being prosecuted.

Mr. Arase, who pointed out that the government respects the right of all citizens to express themselves peacefully, issued a stern warning to MASSOB and IPOB activists to stop threatening public peace or face the full wrath of the law.