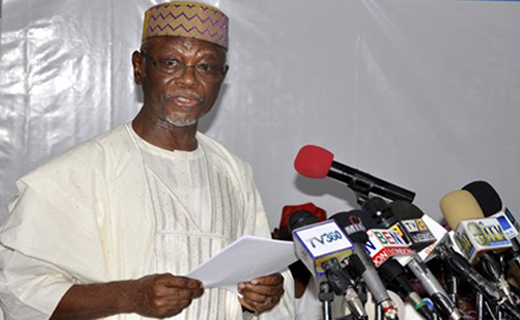 The removal of fuel subsidy is only a matter of time, the national chairman of All Progressives Congress, APC, Chief John Odigie-Oyegun, has said.

The APC chair said the gradual removal of subsidy is inevitable in view of emerging and current realities.

Mr. Odigie-Oyegun made the disclosure on Tuesday when he received a delegation of the APC National Coalition for Peace and Mobilization on a courtesy visit to him at the party’s national secretariat in Abuja.

According to him, the current administration inherited an “infected system of subsidy run by corrupt cartels”.

“In one way or the other, subsidy must go”, the APC national chairman stated at the meeting.

He said a situation where the government spends almost a trillion naira yearly on the corruption-tainted subsidy regime is unacceptable and can no longer be sustained.

Mr. Odigie-Oyegun alleged that oil cartels and their cronies resisting change have continued to blackmail and sabotage government on the issue of subsidy, a development he said has resulted in the lingering nationwide fuel scarcities despite serious government efforts.

He also described the fuel scarcity that the country is currently grappling with as a “national disgrace”.

Mr. Odigie-Oyegun said it is imperative to restructure the country’s oil and gas sector, which has been marred by corruption and inefficiencies.

He said President Muhammadu Buhari’s directive to the Petroleum Products Pricing Regulatory Agency, PPPRA, to adjust its pricing template to reflect competitive and market driven components may not necessarily result in increase in the pump price of petrol.

He said rather, the presidential directive to the PPPRA would‎ result in a more efficient and realistic pricing system for petroleum products and also result in constant availability of fuel.

“The unbearable fuel queues along filling stations are indeed avoidable. The situation is impacting negatively on the integrity of the party and this noble administration of positive change”, he said.

“During electioneering campaign, the APC went around the length and breadth of Nigeria informing the citizen on the ills and mal-administration of the past regime.

“However, there is need for total overhauling and new trusted heads of commissions, parastatals and agencies to be appointed for effective, efficient and result oriented service to the Nigerian citizens.

“With this our noble observation, we believe the nation will move forward and the government will be free from administrative sabotage”, he said.