Home National News Odd News Wife Crashes Own Funeral To The Horrow Husband Who Had Paid To...
Facebook
Twitter
WhatsApp 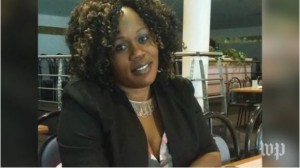 Noela Rukundo sat in a car outside her home in Melbourne, Australia, watching as the last few mourners filed out. They were leaving a funeral — her funeral. Finally, she spotted the man she’d been waiting for. She stepped out of her car, and her husband put his hands on his head in horror. “Is it my eyes?” she recalled him saying. “Is it a ghost?” “Surprise! I’m still alive!” she replied. Far from being elated, the man looked terrified. Five days earlier, he had ordered a team of hit men to kill Rukundo, his partner of 10 years. And they did — well, they told him they did. They even got him to pay an extra few thousand dollars for carrying out the crime.

Now here was his wife, standing before him. In an interview with the BBC on Thursday, Rukundo recalled how he touched her shoulder to find it unnervingly solid. He jumped. Then he started screaming. “I’m sorry for everything,” he wailed. But it was far too late for apologies; Rukundo called the police. The husband, Balenga Kalala, ultimately pleaded guilty and was sentenced to nine years in prison for incitement to murder, according to the Australian Broadcasting Corp. (the ABC).

The happy ending — or as happy as can be expected to a saga in which a man tries to have his wife killed — was made possible by three unusually principled hit men, a helpful pastor and one incredibly gutsy woman: Rukundo.

Here is how she pulled it off. Rukundo’s ordeal began almost exactly a year ago, when she flew from her home in Melbourne with her husband, Kalala, to attend a funeral in her native Burundi. Her stepmother had died, and the service left her saddened and stressed. She retreated to her hotel room in Bujumbura, the capital, early in the evening; despondent after the events of the day, she lay down in bed. Then her husband called.

“He told me to go outside for fresh air,” she told the BBC. But the minute Rukundo stepped out of her hotel, a man charged forward, pointing a gun right at her.