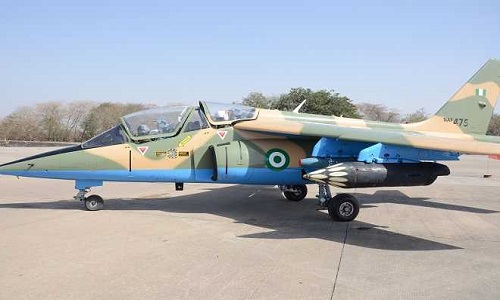 The incident occurred while the fighter jet was returning to base from a combat mission in Sambisa forest.

A statement by the NAF spokesman, Group Captain Ayodele Famuyiwa, on Thursday said the incident occurred about 7 pm on Wednesday.

He explained that: “The aircraft, on landing, veered off the runway and stopped at a ditch beside the runway. No life was lost as both’ pilots on board came out unhurt”.

“Investigation into the cause of the incident is ongoing”, the statement said.