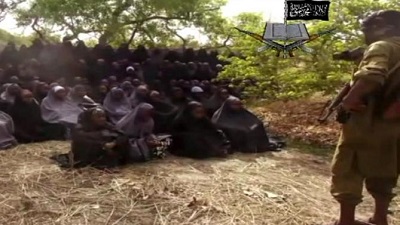 The Federal Government yesterday said it cannot put a time frame on the rescue of the Chibok girls abducted by Boko Haram exactly two years ago today.
Vice President Yemi Osinbajo said this in Abuja yesterday at a ‘Roundtable on Vulnerable People in Insurgency and other Conflicts in Nigeria’, organized by the Office of the National Security Adviser (NSA) in honour of the Chibok girls and other victims of internal conflicts.
The Bring Back Our Girls group, the leading voice for the safe return of the 219 Chibok girls still believed to be in Boko Haram captivity, recently decried the delay in reuniting the girls with their families, urging the federal government to come up with a time-line for their return.
But Osinbajo said President Muhammadu Buhari had always been concerned about how to quickly rescue the abducted schoolgirls and called for caution and patience, adding security reports received so far indicated that the Chibok girls would be rescued.
“At every security council meeting that I have attended, the president has always been concerned about Chibok girls. He thinks of how this can be done quickly. But it is a very delicate issue, and we cannot say we can deal with it next week.
“Every rescue attempt must take the safety of the girls into consideration. From the security report we get, we will be able to bring back the girls, but we must exercise some caution and patience and not sound as if it can be done but it is not being done”, he said.
The vice president said all that could be done to rescue the girls was being done with the help of international partners.
“The soft under belly of our system is that we expose the most vulnerable to the harshest conditions. That is why the government has come up with intervention programmes including conditional cash transfer”.
Also speaking, the NSA, Majo.-Gen. Babagana Munguno (retd) said the round table was organized to devise preventive measures to avoid conflicts and find ways to mitigate the suffering of victims during and after conflicts.
Munguno, who was part of the presidential delegation currently in China, was represented by the Special Adviser on Economic Intelligence, Remi Oyewunmi, at the roundtable.
He said: “no other issue in Nigeria’s recent history has exposed the country to the international spotlight as the abduction of the Chibok girls, prompting righteous indignation across the world”.
The NSA explained that the event is “in honour of Chibok girls two years since they were kidnapped. It is also an attempt at stock taking and reflecting on lessons learned”.