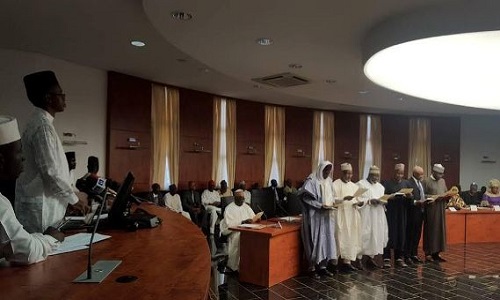 The Kaduna State Government has granted a four-week extension to the Judicial Commission of inquiry in Shi’ite/Army clash in Zaria.

The statement stated that the state government granted the extension following a request by the Chairman of the commission, Justice Muhammed Garba.

This is contained in a statement by Samuel Aruwan, Special Assistant to the Governor on Media and Publicity in Kaduna on Tuesday.

The statement stated that the commission, which had six weeks to submit its final report, had inaugural sitting on Feb. 22 and was expected to wind up on April 4.

It stated that the commission’s proceedings had been repeatedly adjourned to enable the Islamic Movement in Nigeria (IMN) to submit its memorandum.

It stated that these adjournments were to provide a level playing ground and opportunity for fair fairing to all parties involved in the subject of the inquiry.