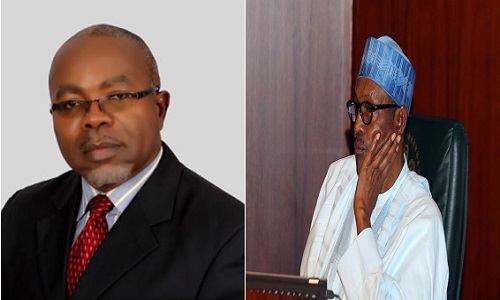 In a suit he instituted against the president at the Federal High Court sitting in Abuja, Nwokocha-Ahaaiwe alleged that Buhari did not sit for the Cambridge WASC in 1961 as he claimed in the forms he submitted to the Independent National Electoral Commission, INEC, to contest the presidential election last year.

Following an appeal filed by Mr. Buhari against a previous ruling of the court dismissing his preliminary objection to the suit filed by the lawyer, the trial judge, Justice Adeniyi Ademola, adjourned the case indefinitely.

However, in a sudden turn of events, Mr. Nwokocha-Ahaaiwe filed a notice dated June 27 for the discontinuance of the suit.

The notice reads in part: “Take note that the plaintiff in this originating summons, Nnamdi Nwokocha-Ahaaiwe, hereby discontinues this action”.

Although the Abuja-based legal practitioner did not give any reason for withdrawing the suit, it would be recalled that in an interview he granted a national daily last month, he alleged that some subtle threat had been made to his life as a result of the suit.

“Of course, I am concerned and my family and friends are too; I am not naïve and some subtle threats have already been made. For now it is small comfort that if anything happens to me, even if disguised as an accident or anything, Nigerians will know exactly who is responsible”, he said in the interview.