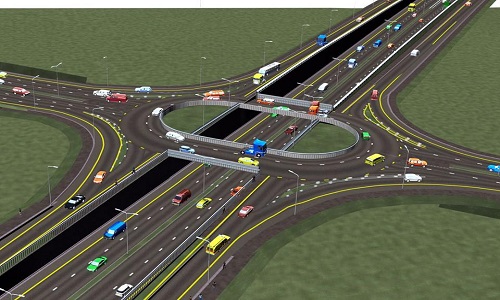 Governor Abdulfatah Ahmed of Kwara State yesterday flagged off the construction of the N3.7billion Garin-Alimi Split Diamond Underpass in Ilorin as part of efforts to decongest traffic in the state capital.

Speaking at the flag off, Ahmed said the project, to be funded through the newly launched Kwara State Infrastructure Development Fund (IFK), is expected to be completed within 18 months.

When completed, the governor said the underpass will not only ease flow of traffic but add aesthetic value to the Garin-Alimi axis of the metropolis.

Gov. Ahmed assured the people of Ilorin that alternative roads would be provided to ease the momentary inconvenience that the project may cause them.

He added that property owners that may be affected by the project would be compensated in line with relevant laws.

The governor reiterated that more projects such as the dualisation of Zango-University of Ilorin road, new campuses of the State University in Ilesha-Baruba and Osi, captured under the IFK funding window, will be carried out and brought to completion without delays.

Earlier, the state Commissioner for Works and Transport, Alhaji Aro Yahaya, said the project is divided into three sections.

Alhaji Yahaya assured that the project will not be abandoned as the state government will mobilise the needed resources to ensure its completion within the 18 months period.