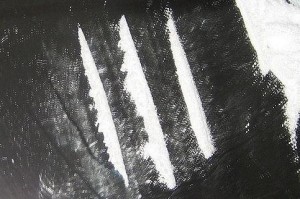 Two Nigerians have been arrested for possession of cocaine by India’s Central Crime Branch (CCB) officials after 300 grams of cocaine worth Rs. 20,000,000 was recovered from them.

Bright Ighalo, 36, and Ibe Chinedu Mike, 33, were nabbed by a team of CCB detectives while they were waiting for customers at a bus stop on Saturday.

According to the police, the accused, who had come to India on student visas, had dropped out of college and were peddling drugs. They said the accused had purchased the drugs from their contact in Mumbai and were selling it to their contacts in Bengaluru.

The police have recovered seven mobile phones, two weighing machines and Rs.601,000 in cash from them.