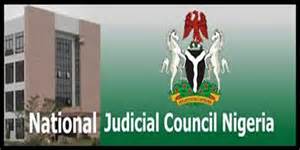 The National Judicial Council (NJC) will hold an emergency meeting over the appointment of a new Chief Justice of Nigeria (CJN).

The current CJN, Justice Mahmud Mohammed, is set to retire in less than 40 days and NJC would be looking to determine his successor.

Justice Mohammed will leave office when he attains the mandatory retirement age of 70 on November 10, 2016.

The CJN is statutorily the Chairman of both NJC and the Federal Judicial Service Commission (FJSC).

Going by the NJC rules, the CJN commences the process of appointment of his successor by sending the names of the four most senior justices of the Supreme Court after him to the FJSC.

Seniority of Justices is by dates of appointment to the apex court’s bench.

The FJSC conducts interviews and other appointment procedures for the four justices.

It then sends two of the four nominees to the NJC, which also conducts similar procedures and forwards two of the names to the President.

The President then makes the final appointment by picking one of the two nominated by the NJC, though subject to the approval of the Senate.

Usually, the second in rank to the outgoing CJN emerges as the successor.

The Supreme Court bench, as currently constituted, has the CJN, Justice Mohammed, as the number one on the apex court’s bench and the head of the entire Nigerian judiciary.

Justice Walter Onnoghen, born in 1950 at Okurike, Biase Local Government Area of Cross River State, is the second in rank to Mohammed in order of seniority.

Justice Onnoghen was appointed to the Supreme Court bench in 2005.

The third in rank is Justice Tanko Muhammad, who was born on December 31, 1953 at Doguwa-Giade, Giade Local Government Area of Bauchi State.

Justice Muhammad was appointed to the apex court bench on January 7, 2007.

The number four on the apex court’s bench is Justice Suleiman Galadima, who was born in October, 1946 in Nasarawa State.

Justice Galadima, who is due to retire in October, 2016, was appointed to the Supreme Court bench in 2010.

The number five in rank is Justice Bode Rhodes-Vivour, who was born in Lagos State on March 22, 1951.

Justice Rhodes-Vivour became a Justice of the Supreme Court in 2010.

Earlier in the year, there was a surge of calls for appointment of the next CJN from outside the Supreme Court bench.

But in his first reaction to the calls while reading his address at the ceremony marking the commencement of the 2016/2017 Legal Year, held on September 19, the CJN ruled out appointing his successor from outside the Supreme Court’s bench.