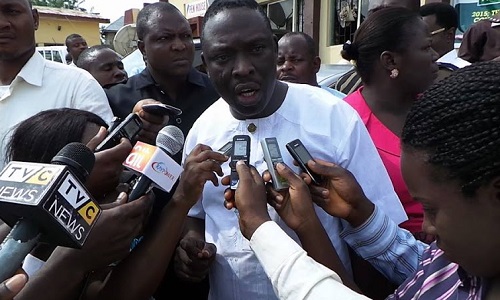 A chieftain of the All Progressives Congress, APC, Bola Ilori, has been named Director-General of the Olusola Oke/Gani Dauda Campaign Organization.

Mr. Oke is the governorship candidate of the Alliance for Democracy, AD, in the November 26 governorship election of Ondo State.

The appointment of Mr. Ilori came on the heels of the plan by the leadership of the APC to probe some members of the party for alleged anti-party activities.

Mr. Ilori, a loyalist of the national leader of the APC, Ahmed Tinubu, is from Ondo town in the central senatorial district. He was also a one-time local government chairman in Lagos State.

A statement by the Secretary of AD, Dr. Sola Agboola, said the choice of Ilori’s appointment was due to his experience in the progressive camp over the years.

According to Agboola, the appointment of Mr. Ilori as Oke’s campaign chief, will set the tone for progressive campaign towards the enthronement of progressive politics in Ondo State.

But Mr. Ilori said he was yet to officially accept the offer

to become the campaign director of the AD candidate, who contested and lost the controversial governorship primaries conducted by the APC.

“An offer has been made to me, but I am reaching out to my people and supporters on the matter”, he said.

He, however, promised to address the press after he must have concluded his consultations on the appointment.