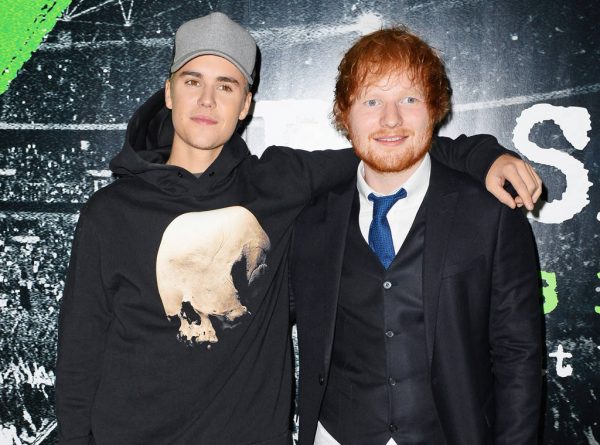 Ed Sheeran and Justin Bieber once took their fun a little too far. While vacationing in Japan, the musicians hit up a dive bar where the British singer imbibed some alcohol while Bieber sipped water all night. Afterwards, they decided to hit up a golf course.

“We were in Japan. We’d been out to a dive bar. He just drank water and I got hammered,” Sheeran shared with The Guardian. “Then we went to a golf course, and he lay on the floor and put a golf ball in his mouth and told me to hit it out of his mouth.”

Even though Bieber was sober, it didn’t seem like he was of sound mind with that recommendation! Inebriated, Sheeran really had to focus on the mission at hand. “I was like, ‘F–k, I need to aim this properly,’ and I swung. And you know in films when someone gets punched, and you hear that fake sound, like a slap? But in real life when someone gets punched, you hear that dull thud, a bit sickening? I heard a sound like the last one, and saw his security guard looking at me like….”I’d cracked Justin Bieber right in the cheek with a golf club. That was, one of those ‘What the f–k?’ moments.”
Fortunately, Bieber—and his face—were just fine, but perhaps it served as a lesson not to combine alcohol and sports! Earlier this year, Sheeran got into a bit of trouble with another musician when Princess Beatrice pretended to “knight” singer James Blunt but ended up cutting Sheeran’s face.
AdvertisementClick Here To Join The 10,000 Naira Giveaway For 100 People!