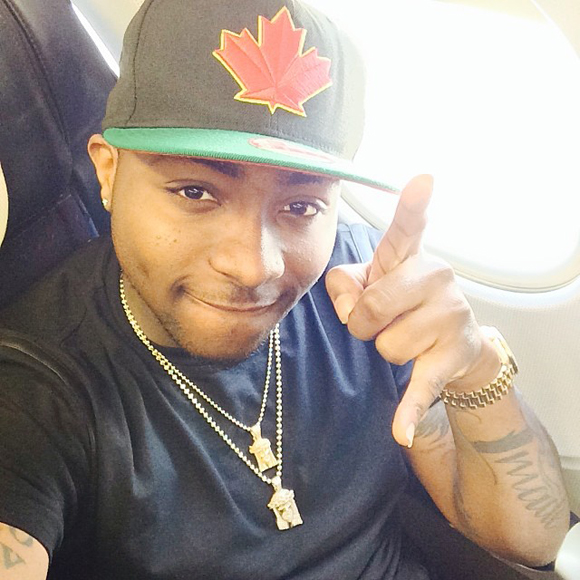 Nigerian hip-hop star, Davido is recently in the news again for babymama related issues. Punch Newspapers reported exclusively that the singer already has a 4-year old daughter with an Ibadan based lover.

Davido in his defence has denied and threatened to sue Punch but he also made a statement that’s raising eye brows.In one of his tweets, Davido said he’s never met the lady before but he agreed to do a paternity test which came out negative.

Immediately Nigerians on Twitter became curious as to why he would agree to do a paternity test with someone he had never met before in his life and also when the tests result came out negative, why did he continue to give the babymama money for up keep? 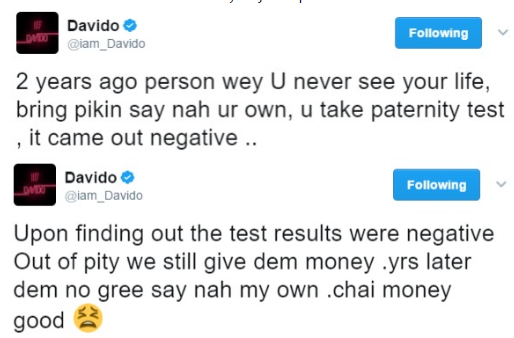