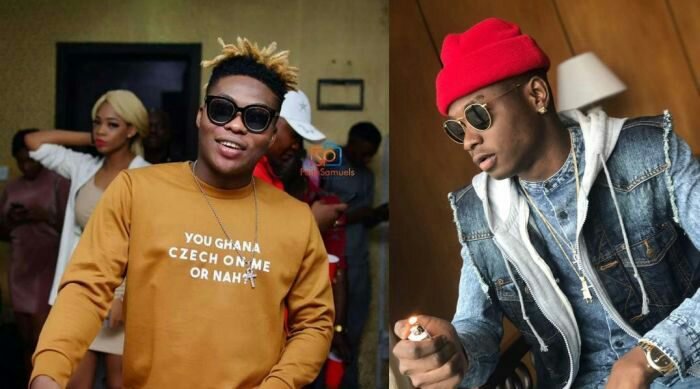 Mavin Records music star Reekado Banks is setting the record straight as it involves him and YAGI boss Lil Kesh.

‘Easy(Jeje)’ crooner Reekado Banks has been confronted about his relationship with Lil Kesh, former YBNL artist now boss of YAGI records. The question was posed to the singer by Awazi during a radio interview on Soundcity 98.5 FM, Lagos.

Last year, Reeky ranted at his ‘Thank You’ concert in Ibadan which was directed at Lil Kesh. Awazi asked him what occasioned the outburst.

Reekado said he was stilled pained about the 2015 Headies Awards incident. He was asked again what was his current relationship status with Lil Kesh, he said he ‘wasn’t exactly friends with Lil Kesh neither were they enemies’.

Reekado Banks spilled a little secret about his next music project, he took the chance to announce he would be releasing a mixtape soon.