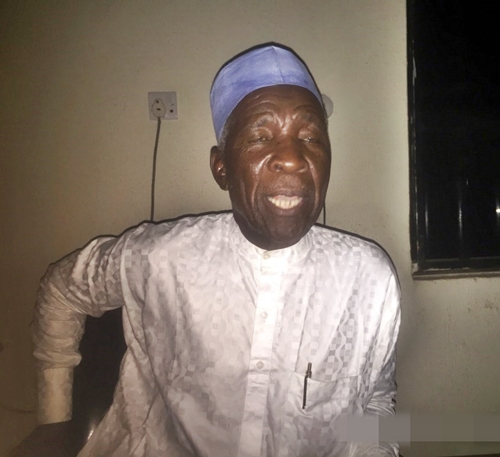 Speaking on politics today, the Reformed All Progressives Congress, APC chairman, as usual, brought down every known defence of the ruling party, and his supporters couldn’t be more proud.

Many of them, took to social media(Twitter) to hail the outspoken man for his performance – However, there were those who didn’t agree with him.

Those who were all praises for Galadima

Buba Galadima, Galadima Galadima sir you are too much sir
How can you turn a whole lawyer into a school boy in front of d world @channelstv Dis is not good o.
The lawyer man started crying I pity him
LOL.

Buba Galadima confirms that the so called INEC server is open to public. Why is APC exhibiting so much mediocrity by claiming that server was illegally accessed?

@buba_galadima is just too good for that clown that call himself a lawyer! it's just a shame that @channelstv would invites that kind of man for such important program –

This Alhaji Buba Galadima is a one man army! Woe betide you, if you ever find yourself locking horns with him in a debate . His tongue is sharper than a Suya knife. @seunokin @CTVpolitics Some May call him a rabble-rouser. I however think he’s a damn good debater.

@CTVpolitics @seunokin It's brought to my attention that Buba Galadima who lost to disgracefully at his polling unit to Buhari was again your guest on the programme. Is this true?

Are there no smart people in the PDP, why does @seunokin keep bringing this confused Buba Galadima to #PoliticToday?

For the first time since the heat of the elections, I’ve seen Buba Galadima on a national television and he’s as inconsistent as ever.

For the first time since the heat of the elections, I’ve seen Buba Galadima on a national television and he’s as inconsistent as ever.