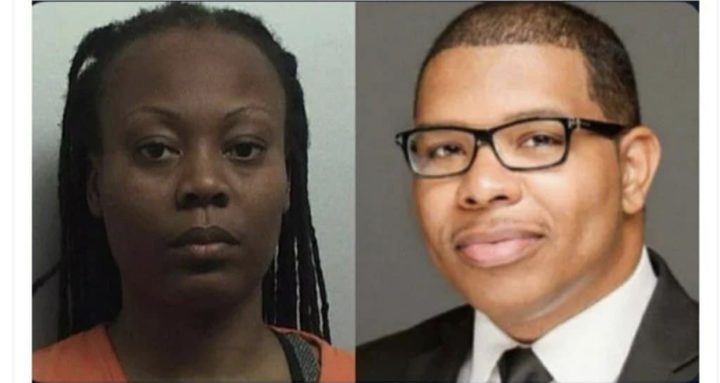 A woman has been arrested for killing her lover.

According to reports, a woman who was the side chick to a married pastor killed him after the latter’s wife innocently allowed her into their home.

According to Fox 8, officers were called to the couple’s home in Tennessee on Thursday after neighbours called that they heard gunshots.

Upon the arrival of police officers, the man Brodes Perry, who was the executive pastor at Mississippi Boulevard Christian Church, was found bleeding from gunshot wounds.

Perry’s wife informed the police that the suspect, Daniels came to their home and she let her in. The wife added that as Daniels was being escorted out, she began to yell at her husband that “you broke my heart.”

Brodes who was shot, however, asked that his wife leaves instead of staying by his side. She refused and Daniel shot her in the left shoulder.

The couple were taken to the Regional Medical Center where Brodes Perry passed.

Daniels has since been arrested.