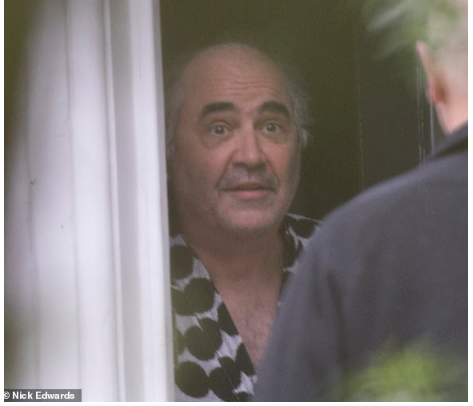 Comedian Danny Baker, 61, has been sacked by BBC after he took to Twitter to share a racist tweet likening Meghan and Harry’s baby to a monkey.

Not long after the Duke and Duchess of Sussex announced the birth of their son to the world, Danny took to Twitter to share a photo of a monkey dressed in a suit with a man and woman outside a hospital. He captioned the post;

His tweet caused major outrage online as many believed he insulted the royal baby because Meghan is half black.

Apologizing, Danny deleted the tweet saying his intention wasn’t to be racist.

However, BBC fired the comedian, an action he also revealed on Twitter this morning writing: “Just got fired from @bbcradio5live.”

The BBC released a statement after Danny was sacked saying: “This was a serious error of judgment and goes against the values we as a station aim to embody.

“Danny’s a brilliant broadcaster but will no longer be presenting a weekly show with us.”

Jonathan Wall, 5 Live controller in an email to staff today said; “I have just spoken to Danny Baker and let him know that he will no longer be presenting his weekly show with us.

“Danny made a serious error of judgement on social media last night and it goes against the values we live and breathe on this radio station.

“Danny has been a brilliant broadcaster for us and I want to thank him for his work with us on Saturday mornings over the last few years.”