A Twitter user with the handle @thatPHCBoy has just revealed how gay men keep deceiving women into marriage with them.

According to the Twitter user, a wedding was held in Nigeria on Saturday between a gay man and a woman who has no idea he is in fact gay. The man also had his partner act as his best man at the wedding.

The Twitter user continued saying it is just wrong to strig women along in the lie admitting that he does know homophobia causes many gay people to go into marriages with the opposite sex.

Read the tweets below. 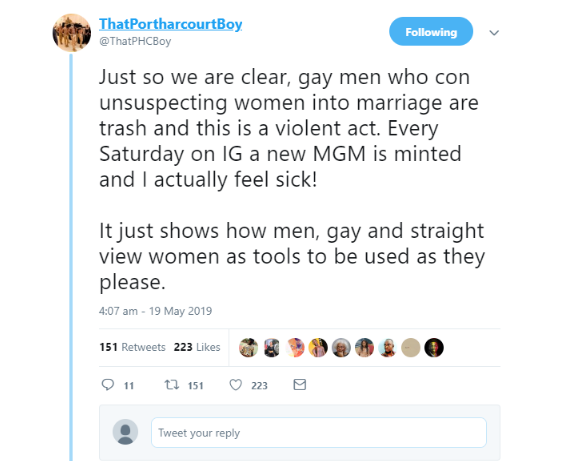 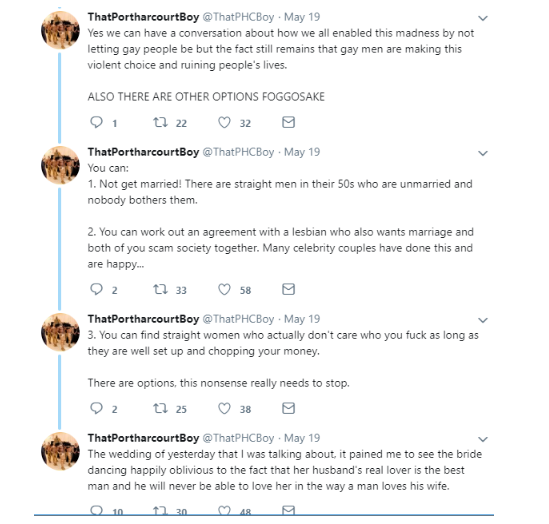