The reality star disclosed the police officers accused her brother of being an armed robber and even threatened to shoot him.


This is coming in a year that has witnessed growing tension over the extra-judicial killings of innocent citizens by security officers.

Also Read: “I Will Expose My Abuser, He Is Even In Abuja.”- BBNaija Ifu Ennada

My brother earlier today got harrassed and slapped by the @PoliceNG along the Lagos-Ibadan expressway. After being accused for being an armed robber. #wtf 😣😣😣 he was with my driver and his friend heading to IITA in ibadan! They even threatend to shoot! This must freakn stop!” she tweeted. 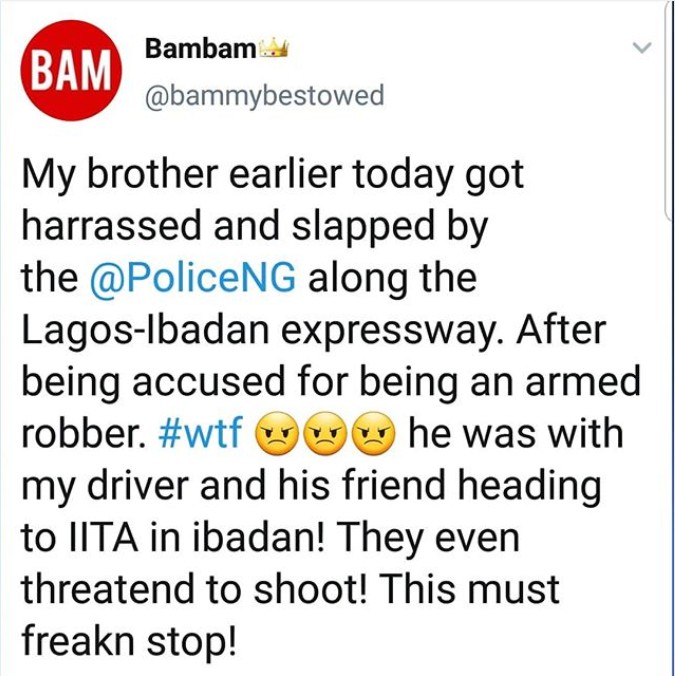