Former president of the Senate, Bukola Saraki has taken an audacious step by changing his social media handle to reflect his previously held post. 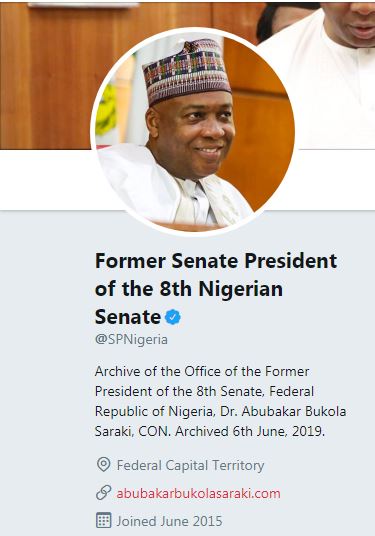