Nigerian indigenous comedians, Woli Arole and Asiri Comedy go way back and have been friends since their school days at Obafemi Awolowo University, Ile-Ife.‎ Since then, they have remained inseparable.

Recall, the two starred in Woli’s debut film, ‘The Call’ which was exclusively launched in Lagos on the 30th of December 2019 and released in the cinema from the 4th of January 2019.

Oluwatoyin Bayegun aka Woli Arole took to his Instagram page to share a throwback photo collage of them with the caption:

“@asiricomedy see as you be like sacrifice. No difference between BEFORE and AFTER. Hmmmmmm. Arole always a fine boy.” 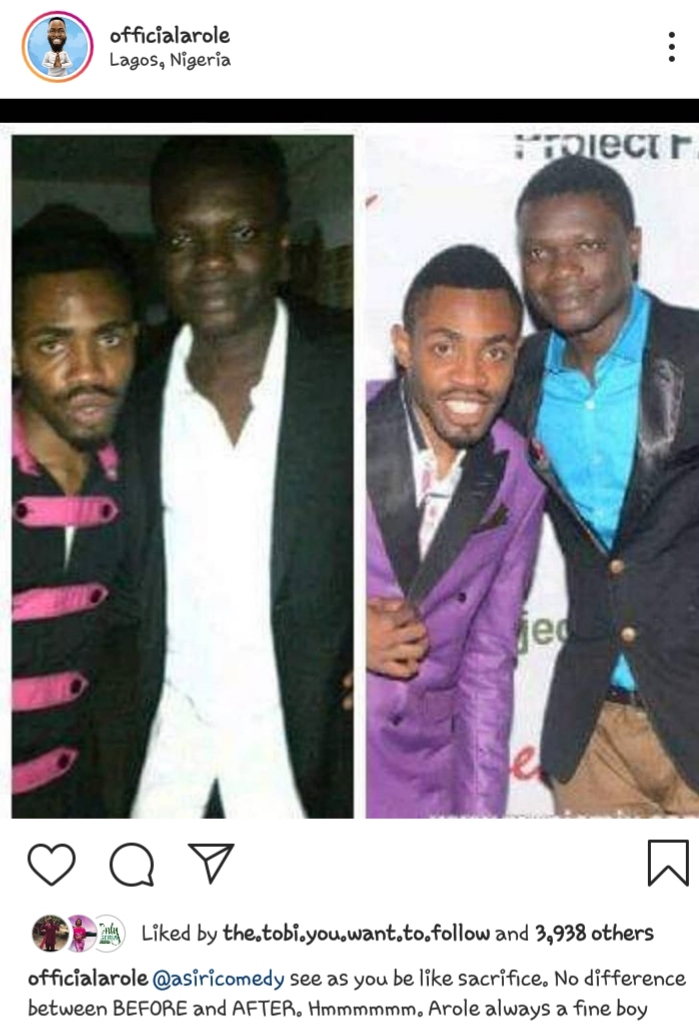