The 61-years old man who is identified  as Jeremiah Obifor has been arrested for cutting off the right hand of the boy in Lagos state, Nigeria. 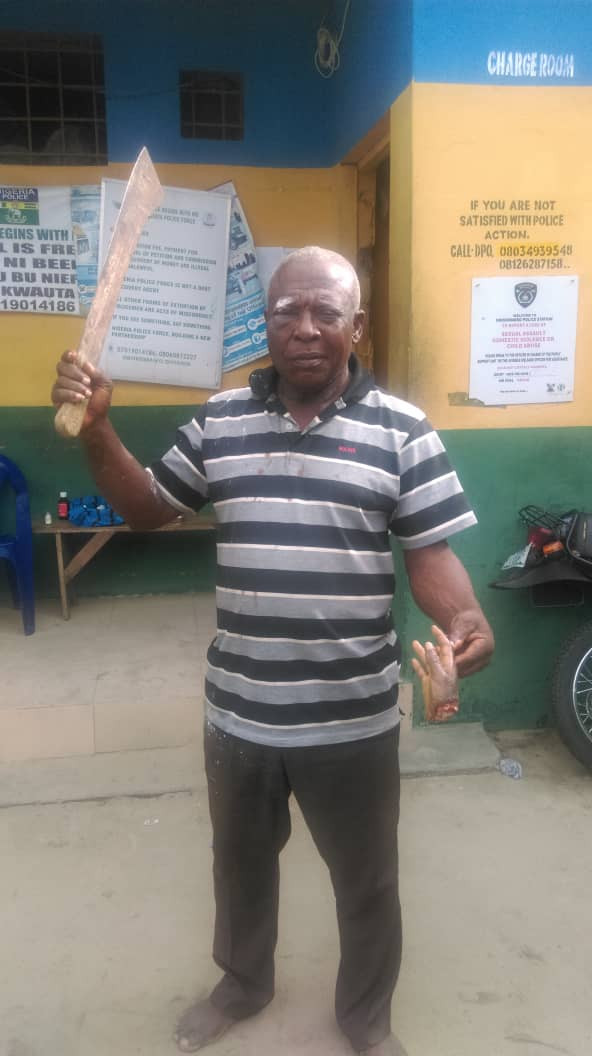 It was reported that the old man who owns a fish pond attacked the 11years old boy after seeing him in his Fish pond, the suspect alleged that he saw the boy trying to steal his fish that’s why he attacked him.

The suspect Jeremiah Obifor is in the police custody has he will be charged to the court this weekend.