Curvy Ghanian actress, Juliet Ibrahim, has revealed that she was once a very poor person, who also lived as a refugee at a point in her life.

The actress revealed this after she told her fans to ask her any question and she will reply.

A fan expressed that with the way she talks about God’s blessing upon her life, was she ever poor in her life.

Juliet Ibrahim while responding to the question pointed out that she was homeless, poor and also lived as a refugee before. 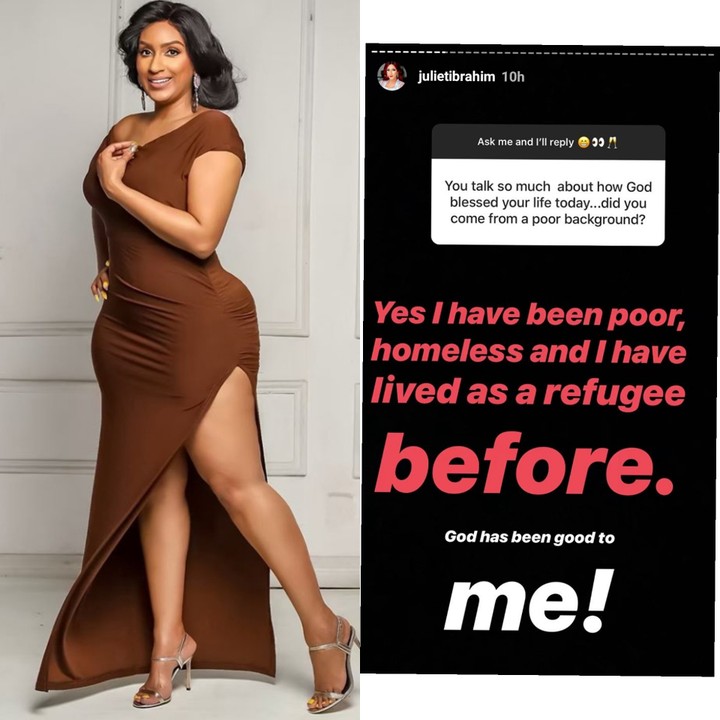