Nigerian Soldier pictured with a gun says he wanted to be a music entertainer but he now uses guns to entertain criminals.

The soldier talked about his childhood dream of being an entertainer as he was fond of acting and singing.

However, he revealed that his calling changed along the line and now he entertains criminals with his gun.

He also pointed out that it is not too late to achieve his childhood dream.

When i was a kid,I wanted to be an entertainer.i mean music,movies..I wanted to entertain people with what I know how to do best but guess what happened years later?i now use guns🔫 in entertaining criminals,kidnappers, militant,herdsmen,BH and Godforbid for anyone wey dey plan to come up next😁Las Las my child hood dream is still alive though.maybe the time ain’t right yet 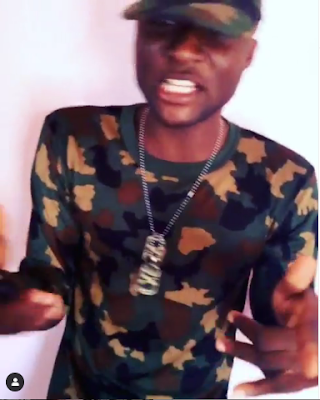 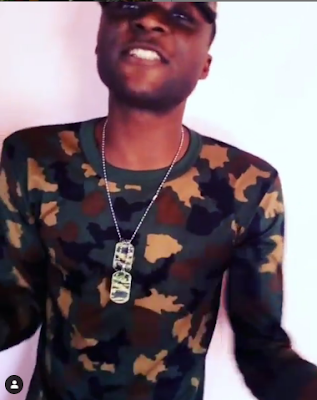