A lady identified as Jennifer Washington on Facebook took to the social media platform to disclose that her boyfriend of two years recently tied the knot with another lady but pretended like nothing happened. 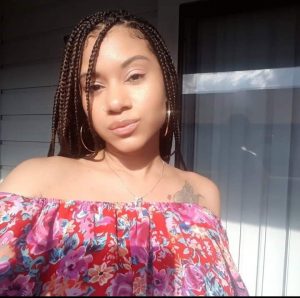 According to her, there was no problem between her and the man named Fredrick Burnom. They even went on a trip to visit her family two weeks before he seemingly married the other woman named Raquel Massiel.

However, after finding out about the shocking betrayal, she confronted Fredrick via text but he couldn’t come up with a valid reason for his action. All he said was that he married the other woman because he and his girlfriend of two years weren’t getting along.

See screenshots of the text messages along with photos from Fredrick’s wedding below: 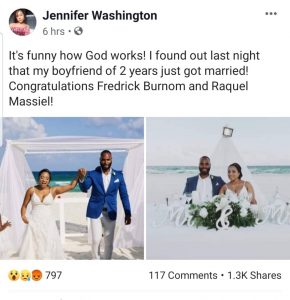 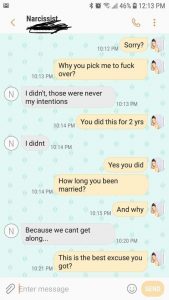