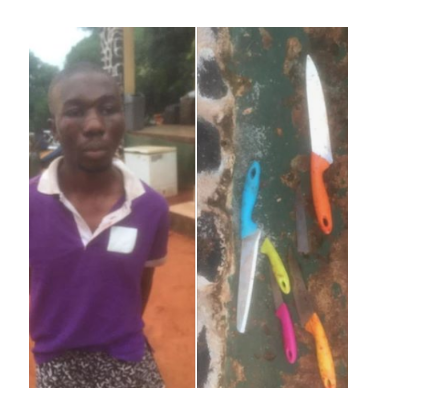 The Anambra police command has arrested a 28-year-old man, Victor Ohale, for stabbing his younger brother, Kelechi Ohale, to death at their home in Awka the state capital on June 25th.

According to a statement by the police, Victor, a law graduate from the Nnamdi Azikiwe University, had just returned from his one-year mandatory NYSC service in Imo state.

Victor had gotten into an argument with Kelechi which degenerated into a fight. in no time, ultimately leading to Victor bringing out 5 knives which he used to stab the deceased in different parts of his body.

Kelechi was rushed to the Amaku Teaching hospital Awka but was certified dead on arrival. HIS corpse has since been deposited at the hospital morgue for autopsy.

The suspect would be charged to Court for prosecution soon, according to police.