Controversial Nigerian OAP, Daddy Freeze, has reacted to the news of the Nigerian man that ordered Nobel laureate, Wole Soyinka, out of his seat onboard a flight. 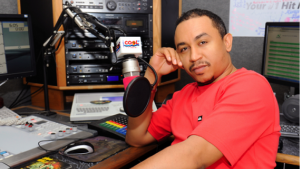 The controversial OAP queried politician/Businessman, Tonye Cole who shared the story, what the respect Nigerians have so far given to their elders has done for us as a nation.

In his post, Daddy Freeze stressed that the young man had the courage to demand his right but Soyinka has over the years failed to demand the rights of Nigerians from its leaders.

I probably would have politely done the same thing the young man did.
–
Growing up, I was taught never to challenge my elders.
In retrospect, I find it difficult to point to what this has earned us as a people? Are we more morally upright, less corrupt, safer, richer and better than nations where children are encouraged to stand up to elders? NO!
–
Nigeria, with all our respect, has become the poverty capital of the world boasting of more people in extreme poverty than China and India combined, YES, COMBINED! (According to worldpoverty.io)
–
Some of our elders have sold our birthright, lied to us about salvation and taken foolish decisions that have impoverished us.
–
What drew me to Prof. Soyinka in the first place was the fact that he never failed to challenge our leaders in power and religion, no matter their age.
–
The young man on the flight DEMANDED his right; if you can’t demand your right on a flight, how can you demand it from the government or church?
–
The government needs to provide amenities for the people, while the Church should be accountable to the last kobo, we MUST demand this!
–
Christ was less than 33 years old when he challenged the Pharisees, the authorities in the religion of that time, who were in their 70s and 80s. ~FRZ” 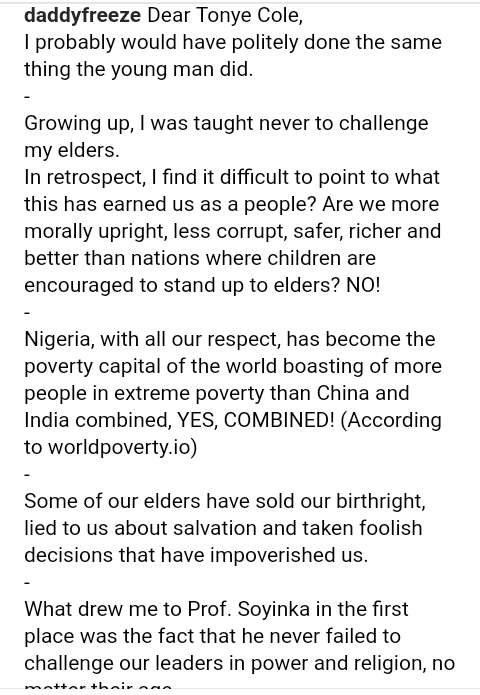 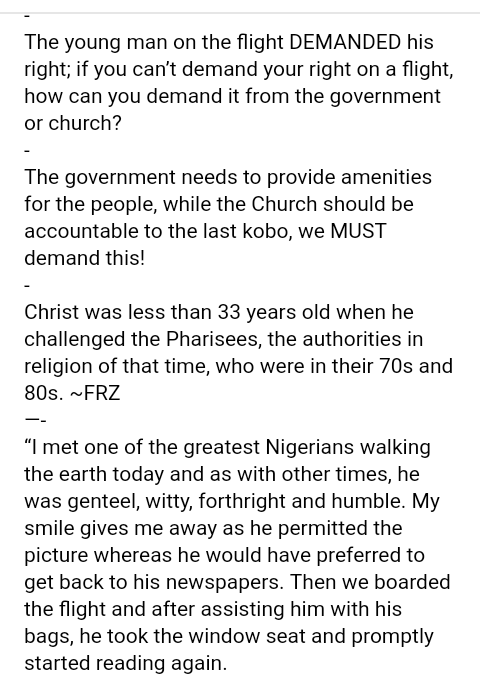