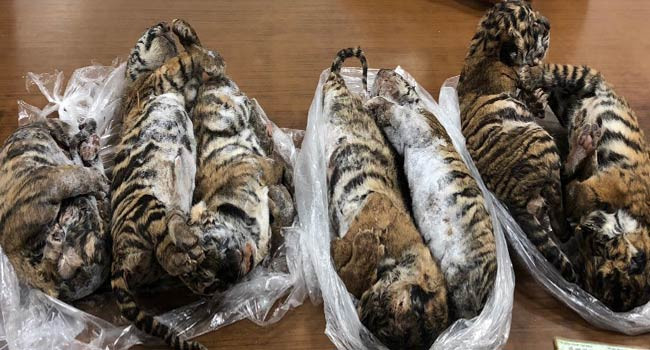 The police in Vietnam has arrested a trafficking suspect after some frozen tiger carcasses were found in a car at the parking lot in Cau Giay District, Hanoi, on Tuesday.

Nguyen Huu Hue, who has been identified as the suspect was arrested alongside two others. The police believe that he smuggled animals in from neighbouring Laos for years.

Hue reportedly went to Laos to buy tiger carcasses, freeze them before transporting to Vietnam.

“Hue set up a company… which sells building material as a cover for the illegal trading of tigers and wildlife,” Cong An Nhan Dan, the official mouthpiece of the Ministry of Public Security, reported.