According to the actress, her daughter plays the song every minute of the day.

Although, the collaboration, which has hit over 1.6 Million views on YouTube, has been accepted with mixed reactions.

Fans of the singer seem to have the song on repeat while some critics claim they have hopes of their phone chargers blowing before the song can blow their mind.

ALSO READ: “I Wish Somebody Would Sexually Assault Me” – Akin Lewis (Video)

In another video, Priscilla can be seen dancing to the music song.

Famous Actress Worried About Her Daughter's Addiction To Davido : . Iyabo Ojo begging friends of her daughter, Priscilla to help stop her from continuously playing Chris Brown and Davido's new hit single, Blow My Mind which she has been raping on her speakers all week long. . The collaboration has been accepted with mixed reactions as fans of the singer have been playing the song on repeat while some critics claim they have hopes of their phone chargers blowing before the song from Davido can blow their mind. __ #davido #chrisbrown #iyaboojo #priscillaojo #blowmymind #nollywoodcelebrity #musicstar #Naijacelebrity #celebrity #celebritygossip #celebritynews #nigeriancelebrities #TunezMediaBlog #TunezMediaTV #TunezMedia 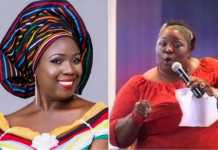 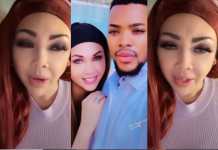 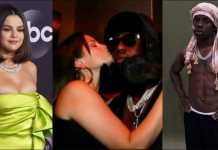