Nollywood actress Halima Abubakar is out here throwing shades, weeks after she was called out in an IG post by Cossy Ojiakor.

This time, the actress is throwing shades after her gift was tagged fake.

Reacting to the comment by a yet to be identified person, Abubakar stated that even as her gift is fake, she still wears it.

“Don’t you hate when,you gift people stuffs they call it fake and still keep wearing it ???cheap people..Pls return my glasses and sneakers . I sell my shades from 60k.i don’t have 20k glasses ,if is cheap Biko go to harrods i laugh in general#MY GLASSES PLEASE AND SHOES.”

Not stopping there, the Nollywood actress continued on her stories saying; 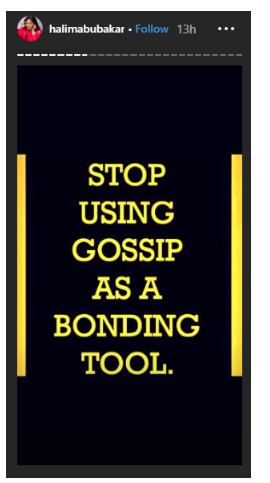 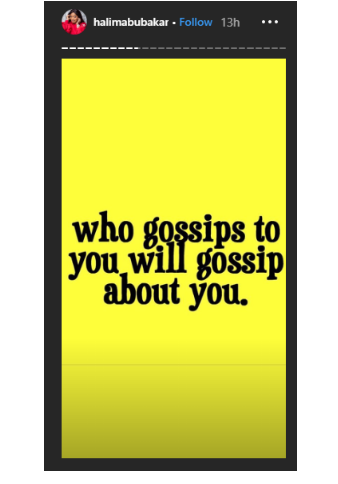