Controversial Nollywood actress, Cossy Ojiakor is still going hard on exposing the kind of person she claims her former friend and colleague Halima Abubakar is.

A few weeks ago, the controversial actress came out to warn actress, Uche Ogbodo to be mindful of the friends she keeps, calling Halima Abubakar a snake in the process.

The controversial actress has once again slammed Halima Abubakar, accusing her of sleeping with her friend’s husband for movie roles.

Cossy Ojiakor pointed this out in a comment she dropped on actress Uche Elendu’s birthday post to Halima. 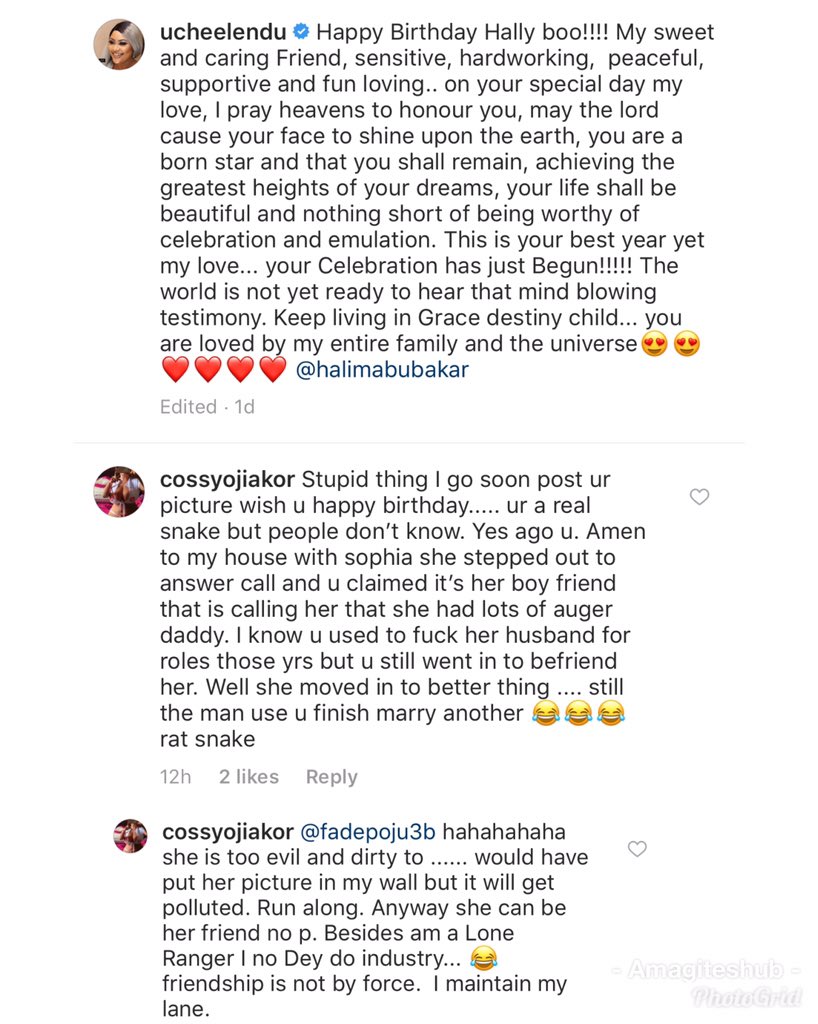