According to his “estranged” wife, Onyi Adaba, their marriage has been over for more than 10 months.

Onyi made this known while reacting to the rumour of Blossom Chukwujekwu and Maureen Esisi’s marriage ending due to Blossom cheating on Maureen.

While responding to a comment from one of her followers on IG, Onyi Adaba revealed that she has been in pain and trauma for the past 10 months following her Ken Erics abandoning their marriage and moving out of their matrimonial home. 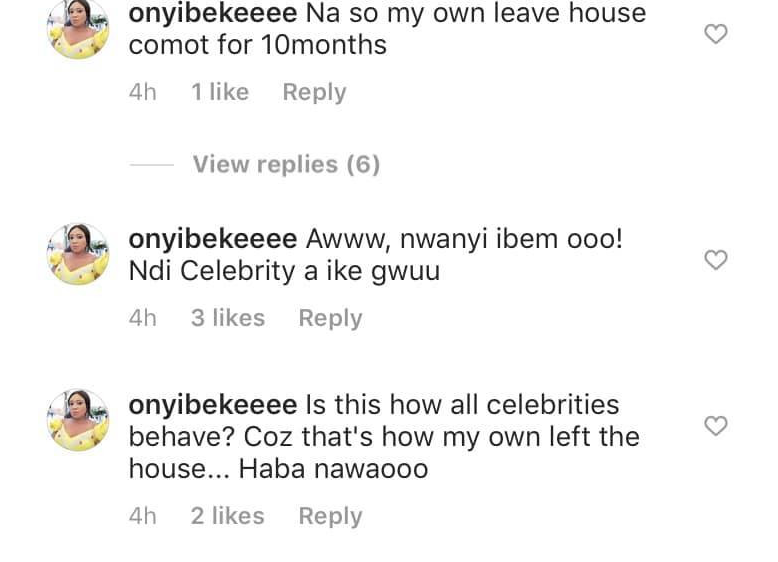 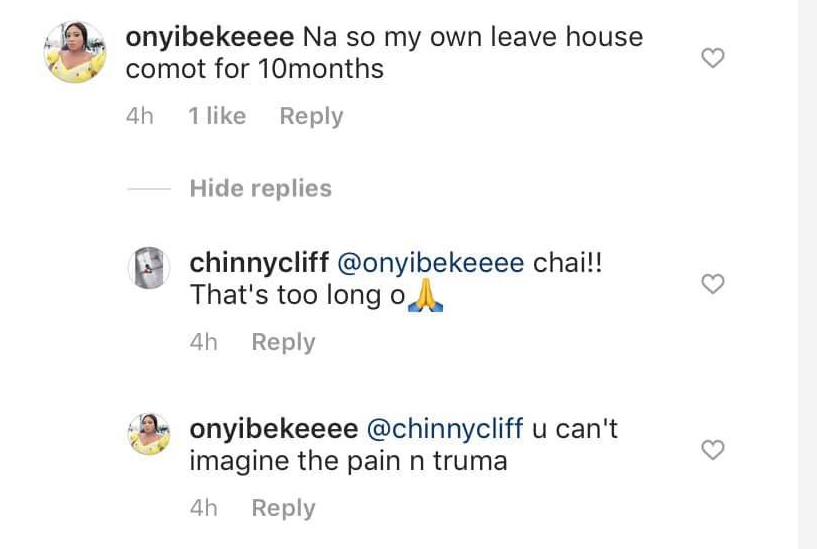