A web user has claimed that the University of Lagos lecturer, Dr. Boniface, who was exposed in a 13 minutes video by BBC Africa, attempted suicide on Monday. 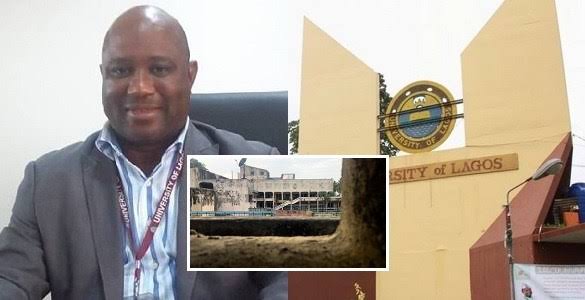 The user revealed that the lecturer was rushed to the Reddington hospital where he is currently under supervision.

According to the documentary published by BBC, the lecturer was filmed making sexual demands to an undercover journalist, Kiki Mordi, who had posed as a 17-year-old admission seeker.

A close family friend has also confirmed that the lecturer was admitted to the hospital after he drank rat poison in an attempt to kill himself.

In the late hours of Monday evening, Dr. Boniface was found on the floor unconscious with bubbles in his mouth before he was immediately taken to the hospital.

The lecturer has been suspended from the institution and asked to step down from ministerial duties by the church.

Read Also: Vector Teams Up With Davido On New Song Amid Beef With MI Abaga (Video)

Nigerian Lecturer, Dr. Boniface who was exposed for sexually harassing a undercover Journalist, allegedly attempted committing suicide according to NL. He has been rushed to a hospital where he is under supervision.