Controversial journalist, Kemi Olunloyo, has pleaded with one of her Instagram followers to bring her father and his soft dick for her to ride on.

She made the plea after the follower called her out by saying she probably has a very big problem because she hasn’t gotten anybody to have sex with.

However, shortly after she made the plea, the follower said her dad is late and would only return from the grave.

The disappointed journalist then concluded by saying the follower’s dad is late with the dick rotten. 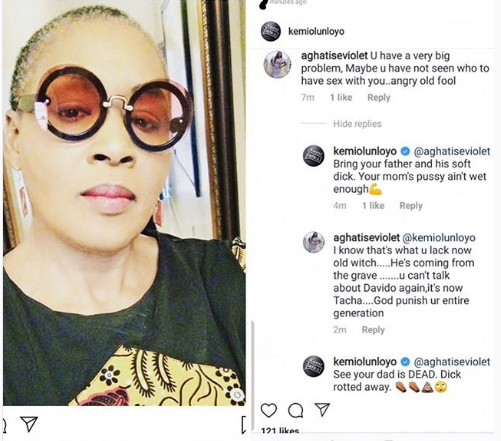