Well, things are getting uglier between Tonto Dikeh and Stella Dimokorkus who are dragging each other.

Issues started after Stella reported the news about Tonto getting into a fight with a security guard in Dubai and m,ay be deported.

Read Also: ‘Do not blame Ubi for impregnating a third woman?’ – Who else agrees with Stella Dimokokorkus

The fight between Tonto and Stella has now taken a new turn as two new celebrities have been dragged into the fight; Linda Ikeji and Toke Makinwa.

Tonto dragged Stella saying her blogging career failed due to Linda’s success while Stella revealed that Tonto is very jelaous of Toke Makinwa.

Read the exchanges below; 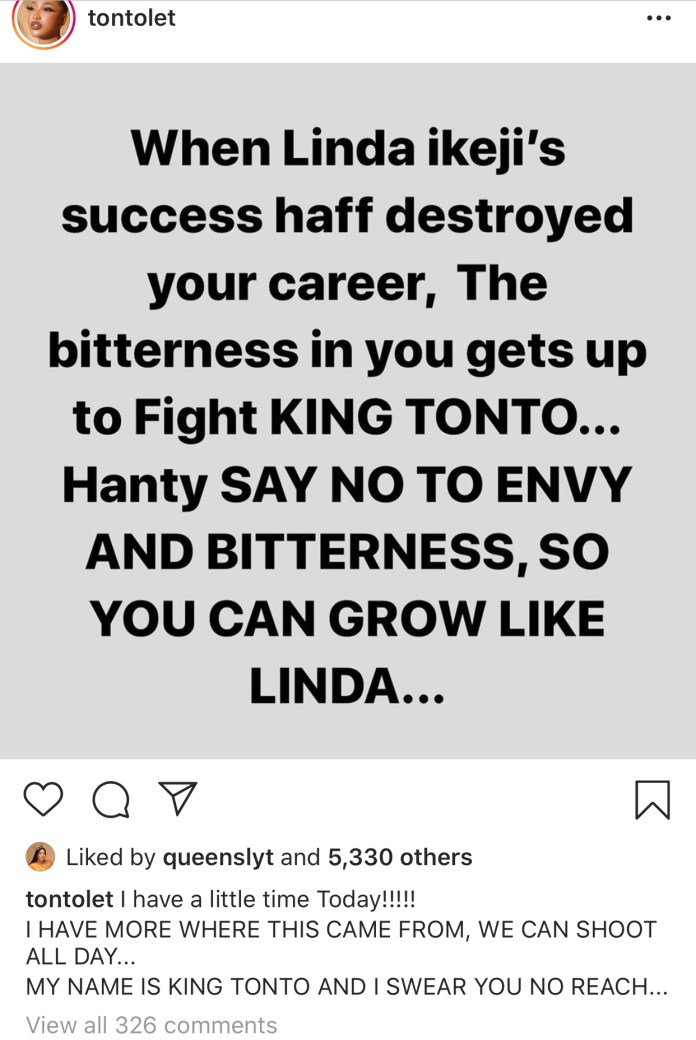 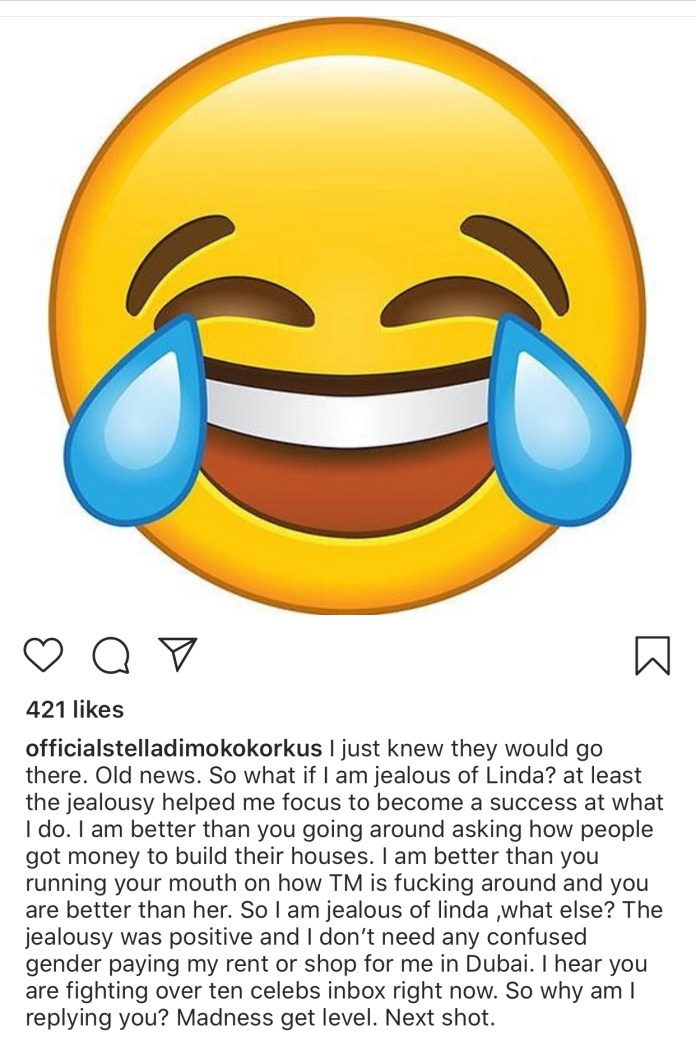 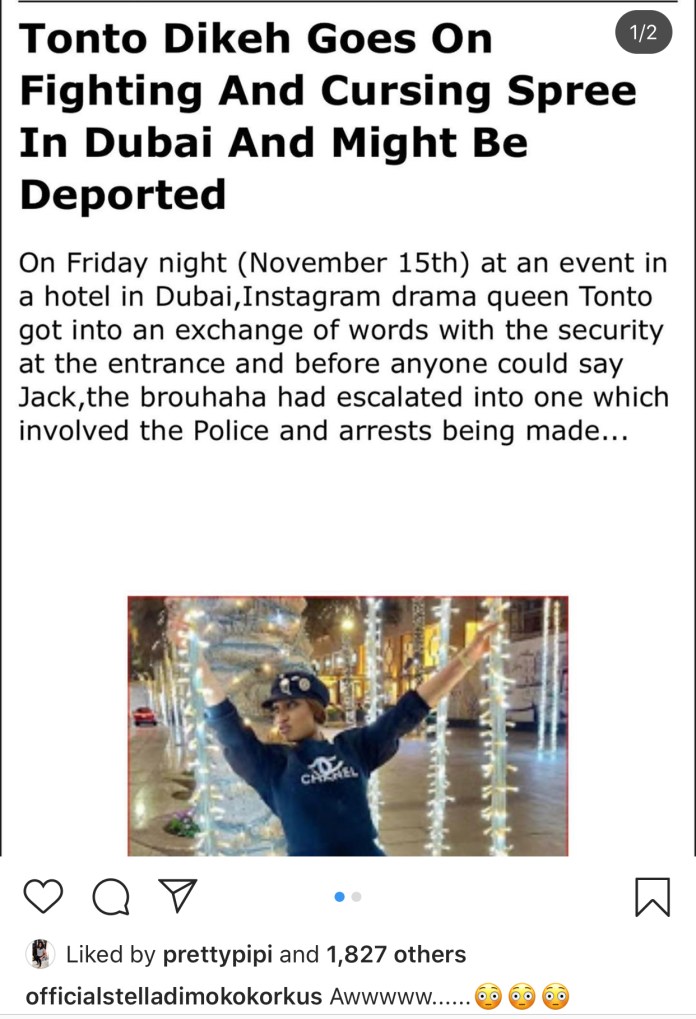 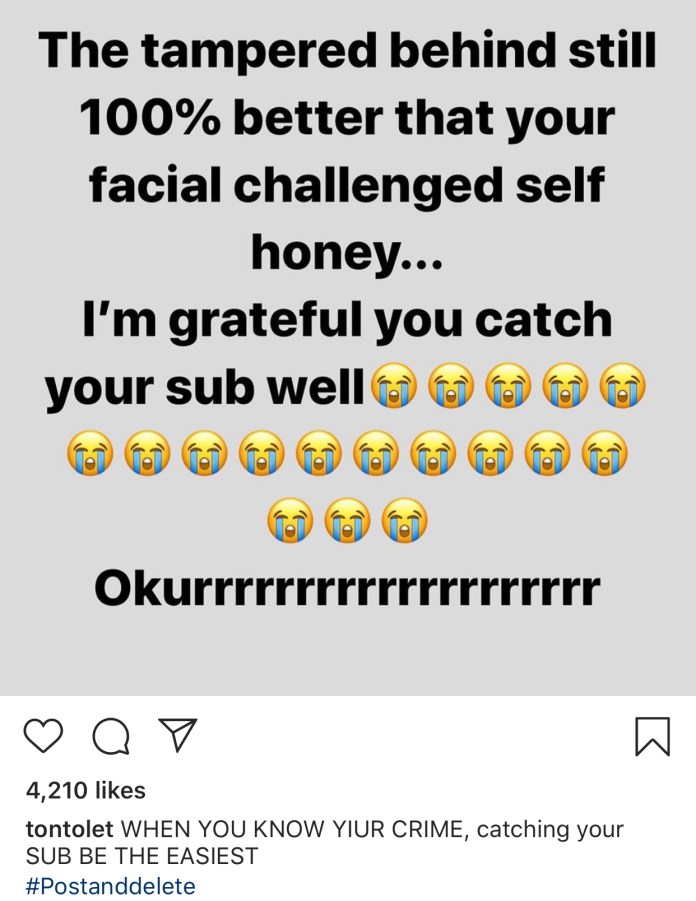