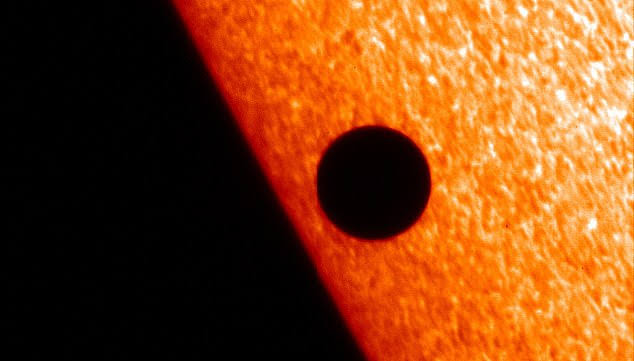 The planet Mercury will on Monday, November 11th, pass in front of the sun as it does once in every 13 years.

Skywatchers will be as to view the event known as ‘transit,’ from any part of the world using the right equipment depending on cloud cover.

The President of the Royal Astronomical Society, Professor Mike Cruise was quoted by DailyMail to have said: “Transits are a visible demonstration of how the planets move around the Sun, and everyone with access to the right equipment should take a look.”

Only two planets ― Mercury and Venus orbit the sun closer to the Earth than any other planets.

Read Also: Oluwo Of Iwoland Stops Rain From Falling During Festival In Osun

When this happens, Mercury will be visible from the Earth as a tiny dot about 0,5 per cent of the diameter of the sun itself.

“The sky will put on a stellar show, as Mercury crosses in front of the Sun.” said NASA.

“From our perspective on Earth, we can only ever see Mercury and Venus cross in front of, or transit, the Sun, so it’s a rare event you won’t want to miss!”