Ace rapper Ruggedman has taken to Twitter to allege that the Anti kidnapping Squad who allegedly attacked businesswoman, Miz Nwanneka Nkumah a few weeks ago were at a Lekki hotel “harassing and extorting” other innocent citizens.

Recall Miz Nwanneka had shared her story a few days ago about how some officers assaulted her causing her to to be admitted in the hospital.

Taking to his Twitter page, he wrote: “I just got a call that the same Anti kidnapping Squad that assaulted a miss Nwanneka a few weeks ago are right now on Orchid Hotel road Lekki, after 2nd toll gate doing the same thing to innocent citizens.”

He added: “SAFETY ALERT: Since these men wont protect us, let’s look out for ourselves.” 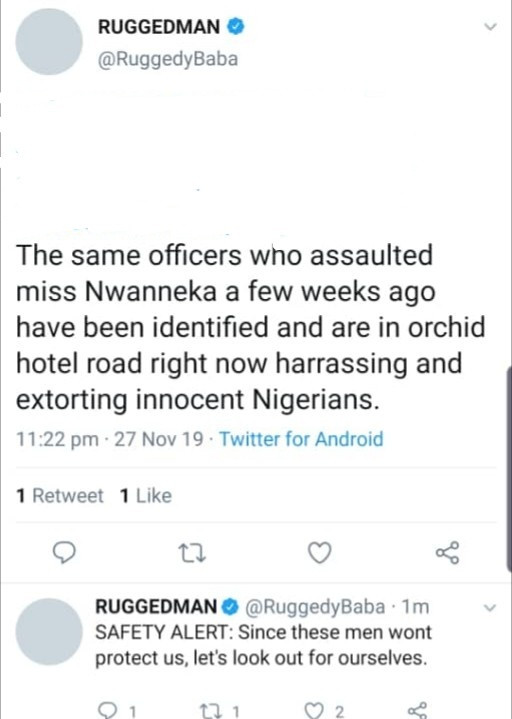