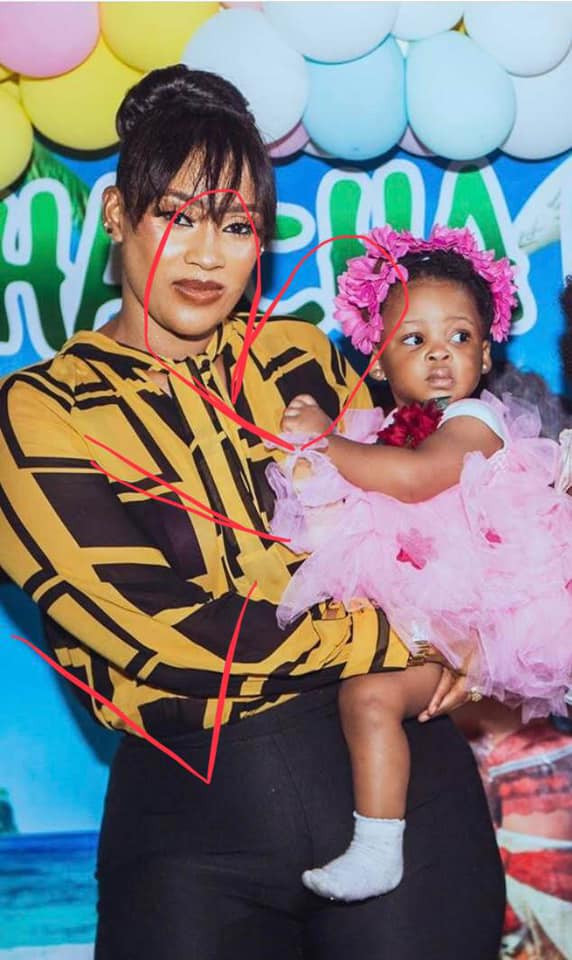 The first photo of singer Flavour’s third daughter with his woman, ex-beauty queen Sandra Okagbue has surfaced online as the little girl turned one.

The now deleted photo was shared by footballer, Kenneth Omeruo who had taken to his IG page to share photos from his daughter Chairein’s first birthday party.

Read Also: Lady Claims Flavour Is The Father Of Her Child; Dares Singer To Go For DNA Test

Sandra Okagbue had a couple of days ago, shared a heartfelt birthday message to her daughter saying she has since wondered if it is possible to love two people equally and unconditionally.