A Nigerian lady has taken to Twitter to recount how she was sexually assaulted by a cab driver.

The lady, Ginika, claimed she was having a discussion about ‘detty December’ with the driver when things got a bit tense, resulting in him touching her thighs.

”See what my cab driver did to me yesterday. We were just gisting about detty december and next thing baba began to touch laps. I had to end trip and come down.” 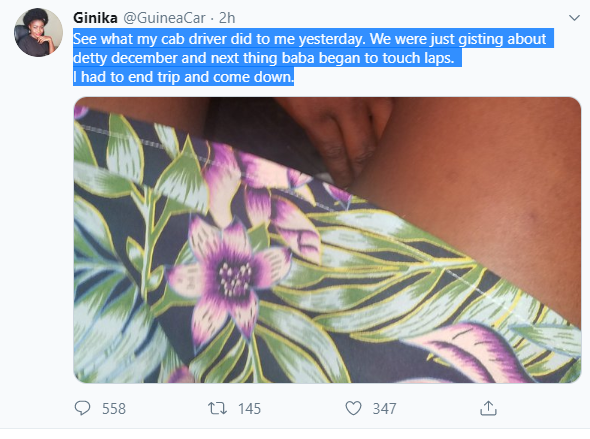