Nigerian gay rights activist Pamela Adie has revealed she was once a side chic to a guy.

According to Pamela who, years before she came out as a lesbian, she was the side chic to a guy who is now married with kids to the main chick.

Read Also: 8 Years Ago On This Day, I Came Out As A Lesbian – Pamela Adie

”On another note, when I thought I was straight, I was a side-chick to one guy back in college. Sometimes the main chic would call right after we just finished nacking and he’d be telling her how much he loved her…lol. It was funny sha. They’re married now…with kids.” 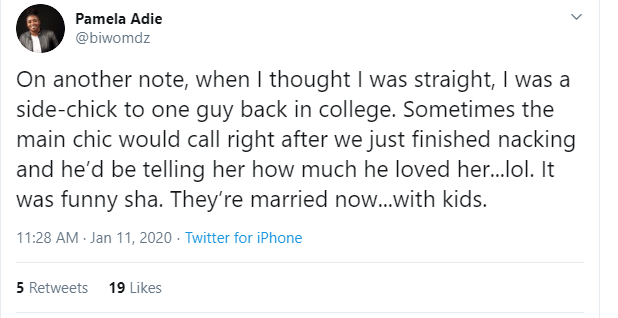