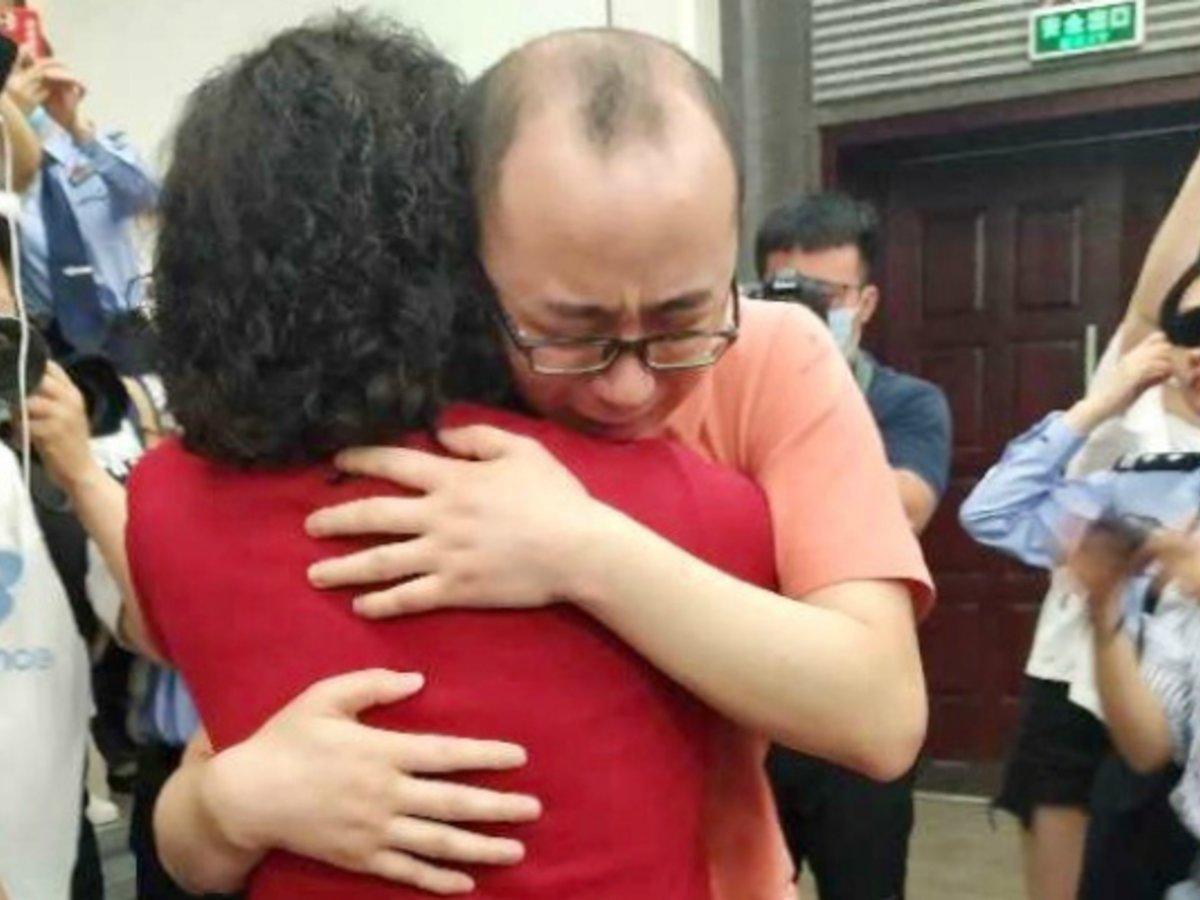 A couple in China whose son, Mao Yin, was abducted in a hotel in 1988 has been found 32 years and reunited with his family.

The young man now 34 was only 2-year-old when he was snatched while his father stopped to get him some water on the way home from nursery.

Upon his abduction, his parents were said to have searched the country for him and his mother distributed more than 100,000 flyers.

His mother said Li Jingzhi said, ‘I would like to thank the tens of thousands of people who helped us.”

Mao was born on February 23, 1986, and 17 October 1988, his father, Mao Zhenjiang, was bringing him home from nursery in the city of Xian in Shaanxi province.

The boy asked for a drink of water, so they stopped at the entrance of a hotel. As the father cooled down some hot water, he looked away briefly, and the boy was taken.

The family searched in and around Xian, putting up posters. At one point, they thought they had found him, but it was a false dawn.

Mrs. Li quit her job to search for her son – handing out some 100,000 flyers in more than 10 provinces and municipalities – without success.

Over the years, she appeared on numerous Chinese television shows to appeal for help, including The X Factor. She followed 300 leads, the SCMP said, but no match was found,

In April, state media said, police received a tip about a man from Sichuan Province in south-west China – about 1,000km (620 miles) from Xian – who had adopted a baby years earlier.

Police found the adoptee, now a 34-year-old man, and a DNA test was carried out to see if he was related to Mao Zhenjing and Li Jingzhi. It came back positive.

The investigation into the 1988 disappearance is still ongoing. The authorities have not released information about the couple who raised Mao.