Popular reality star, Tuoyo Ideh has slammed his colleague, Tacha after she claimed he begged her for money in 2018.

Tacha regretted that she once took him as a friend, saying she could feed him and his guys for 10 years.

Reacting to the call-out, Tuoyo said he never requested for money and his his bank account details was in her DM because she was meant to pay influencers for a song promotion.

The dancer also said she is a liar which is why everyone she works with, drops her like a bad habit.

“itstuoyoofficial I dislike liars 🥴🥴 , I know many people can attest to the fact that you lie a lot and you a big pretender . You live for the gram , you act for the camera .
My account was in your dm not because I was begging or asking you for money , it was there because you were paid by @charmeeofficial_ management to pay influencers over 3k followers to vibe to his song besides I wasn’t paid any money at all I have receipts.“ 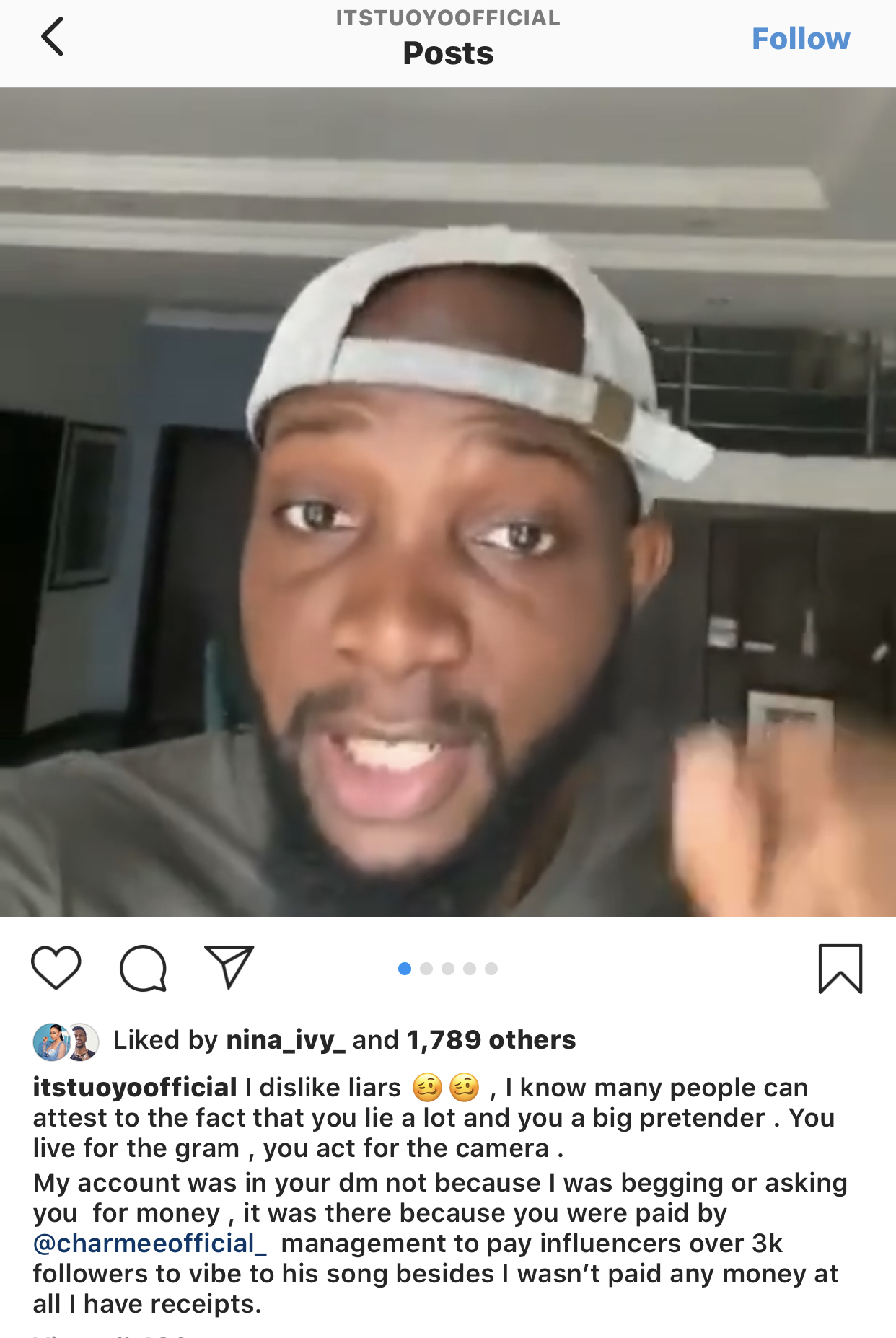