Having created a short video clip via popular video app, Triller, she took to her official Twitter page this morning to share with the caption: “Surprise Surprise (Round 2) NEW GBEDUUU #KOROBA”.

Fans have already started responding to the snippet, barely three hours after its release on Twitter.

Information Nigeria recalls that the star singer had released the visuals to her single, ‘Dangerous Love’ on July 15.

Read Also: ‘Why I Can’t Be Any Man’s Second Choice’ – Tiwa Savage

‘Koroba’ and ‘Dangerous Love’ are tracks on her upcoming album, ‘Celia’.

The notable singer had also announced that DMW star musician, Davido, is featured on the album  ‘Celia’. 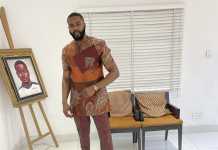