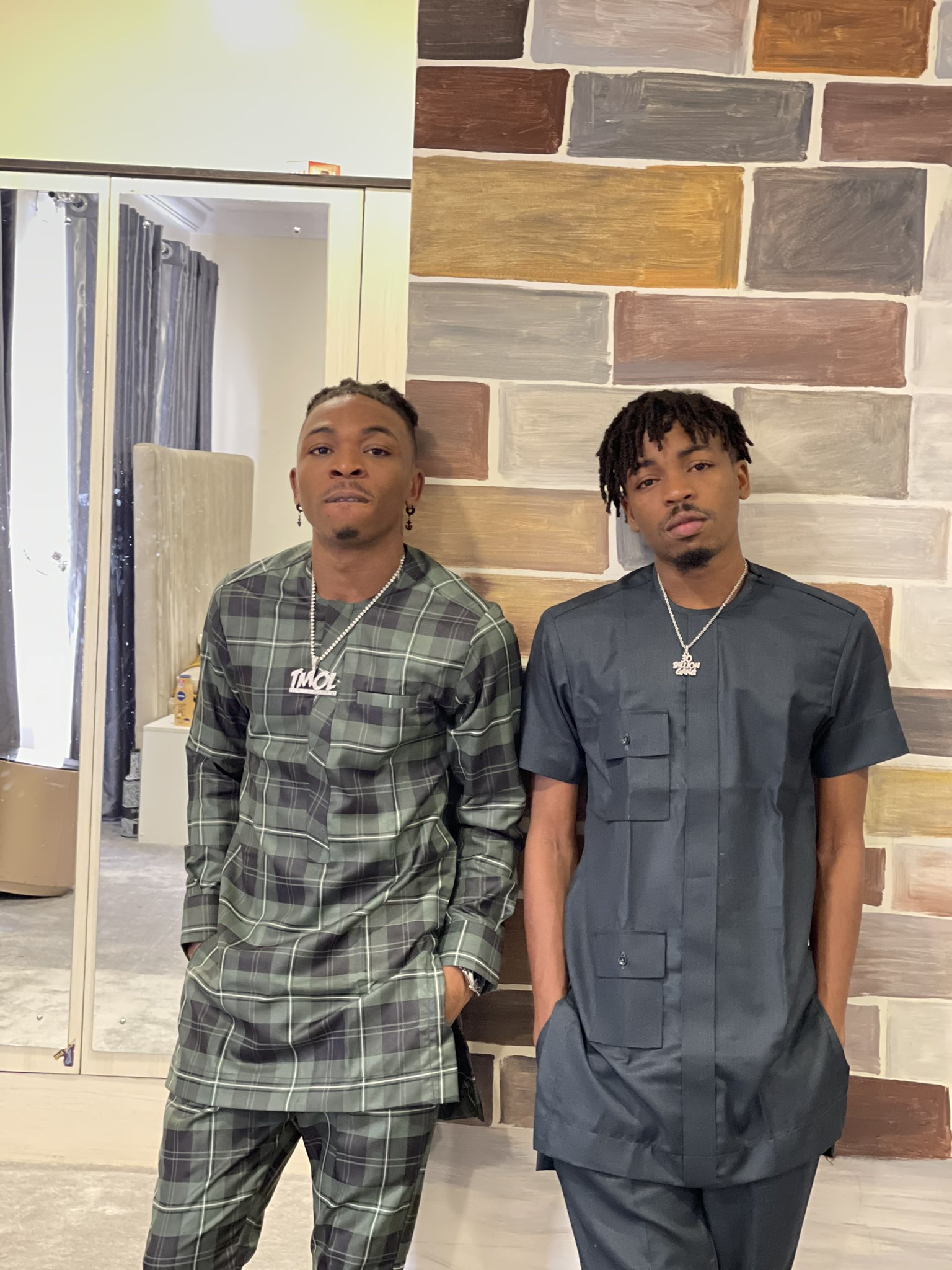 DMW recording artist, Mayorkun, has shared pictures of himself and his lookalike brother on New Year Day. The ‘Ge Ge’ hitmaker took Twitter by surprise with the pictures which he captioned:

His lookalike sibling, Information Nigeria gathered, is a hypeman whose name is Ayo Freeman.

Twitter users could not believe their eyes as Freeman is the spitting image of the ‘Betty Butter’ crooner.

Read Also: ‘Even If We Sing Against Use Of Drugs, People Will Still Do What They Want To Do’ – Mayorkun

Some even claimed that the self-proclaimed ‘Mayor of Lagos’ must have sent his brother on shows to represent him and no one suspected anything.

Information Nigeria recalls Davido shared his joy over Mayorkun getting nominated for Artist of the Year alongside him at the 14th Headies Awards.