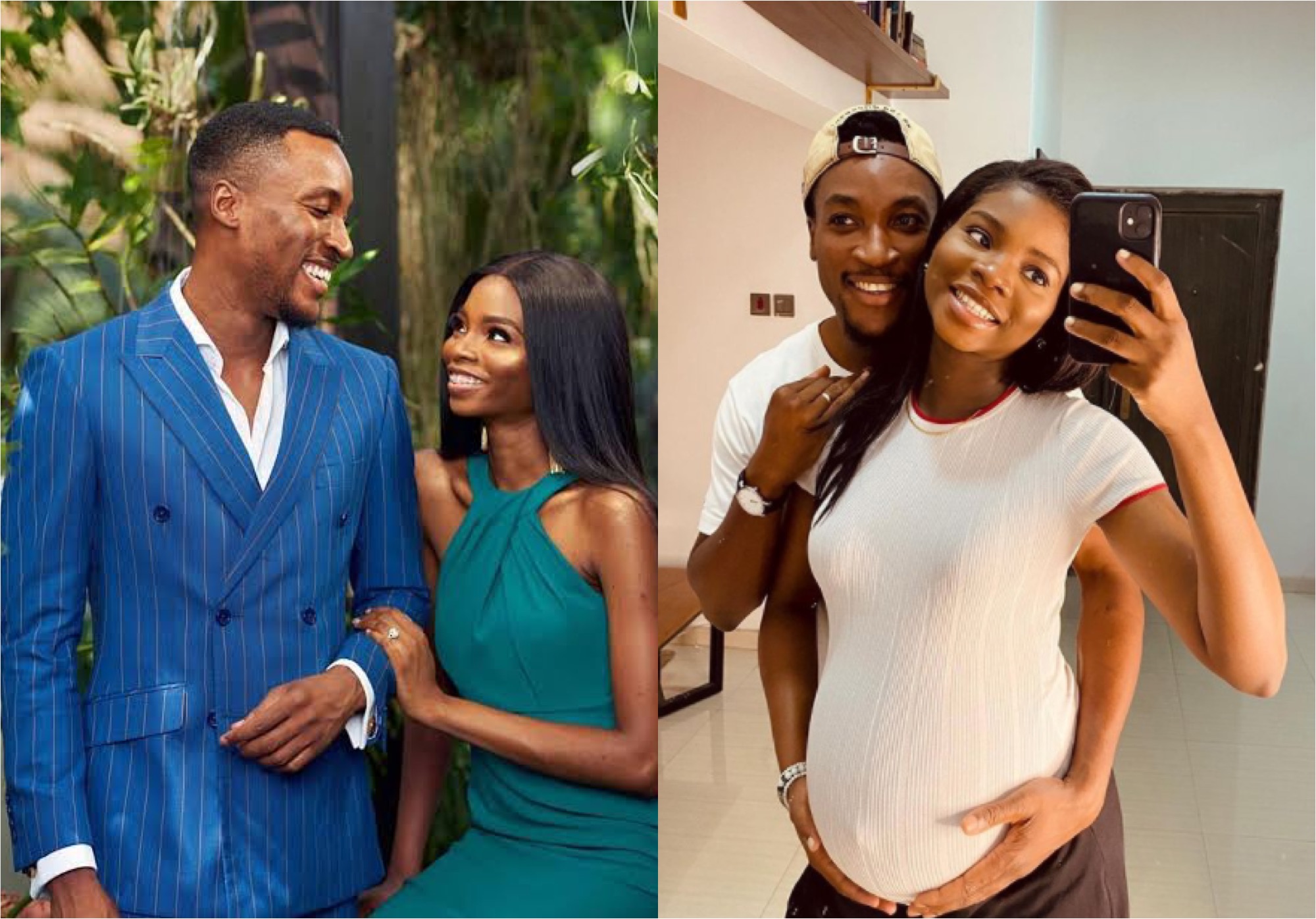 Popular Nollywood actor, Akah Nnani has descended heavily on critics who watched the video of him and his wife discussing the difficulties of breastfeeding for first-time mothers.

Taking to his Twitter page, the movie star and vlogger pens a lengthy Twitter thread to clarify the essence of the video.

According to the new father of one, the video was not to discuss breastfeeding per se. Rather, it was to highlight the importance of communication in marriages and relationships.

“You would have deciphered that we put that video there with an intention for our community to learn and to show that I had also learnt from that experience too.

You would have also known that the issue wasn’t breast milk. Our main message was more about…’handling communication in relationships’ because the reality of it is that in real life, in marriage, in relationships, hard conversations must happen. And it’s love that helps you bring your partner from the other side of the divide to see your point of view.” 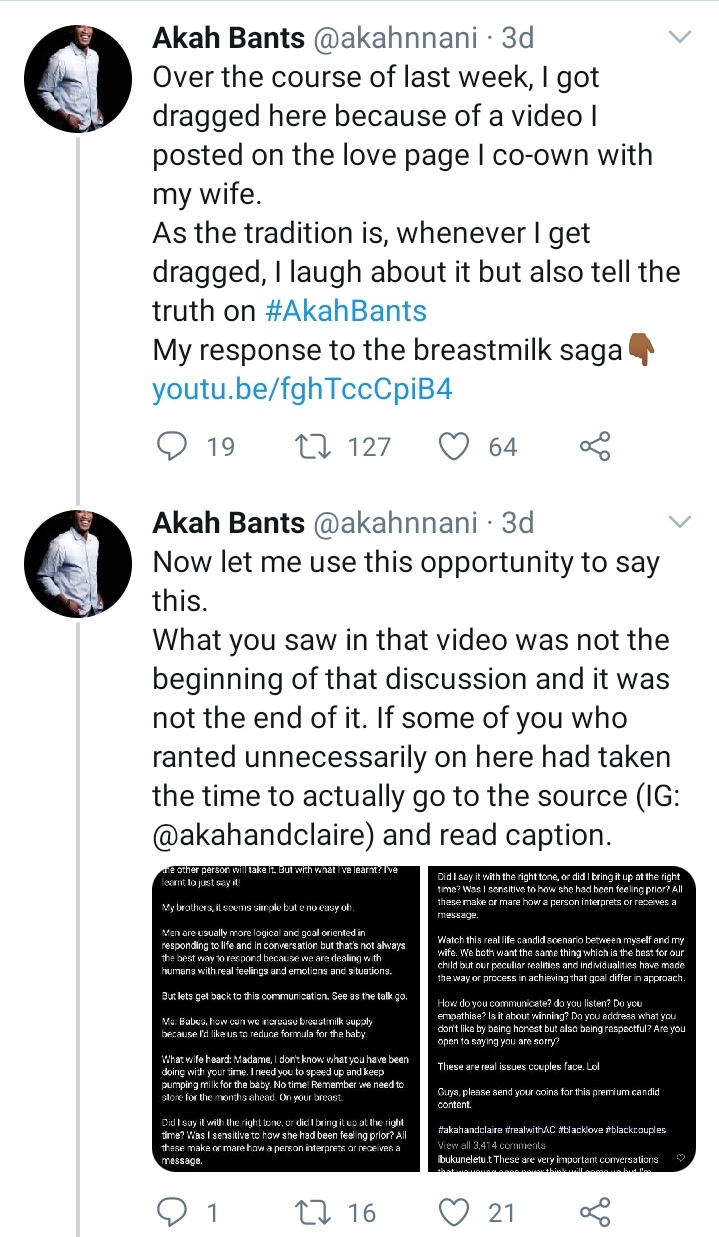 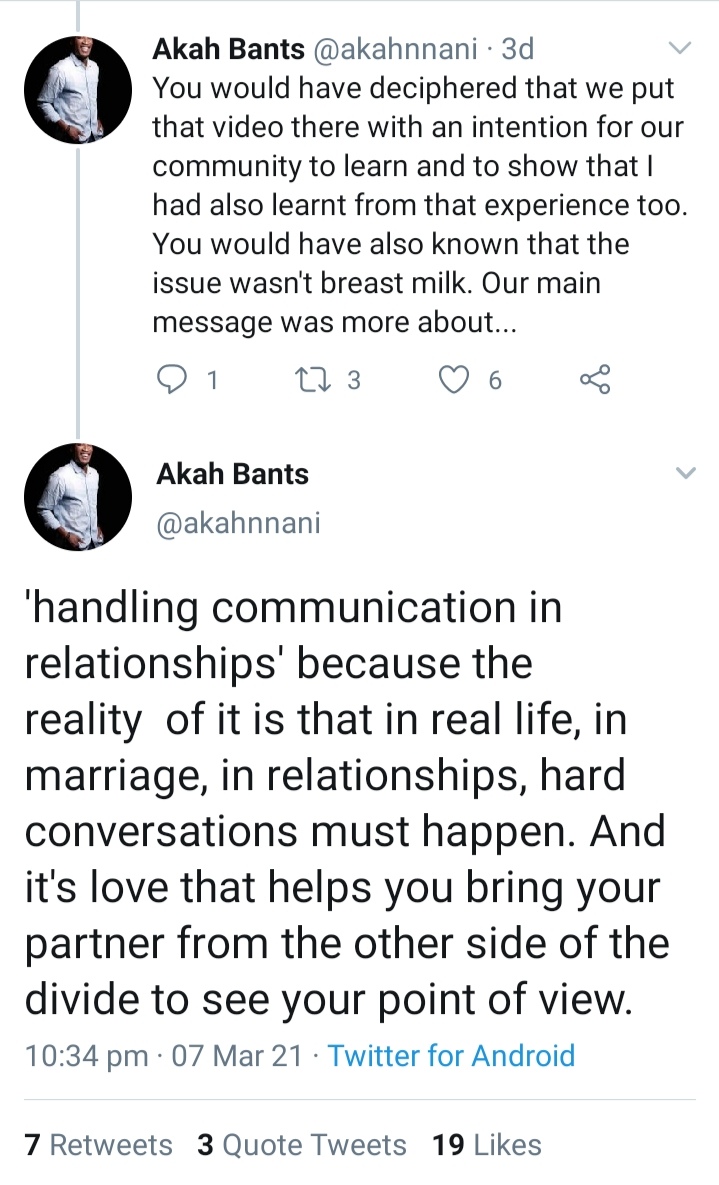 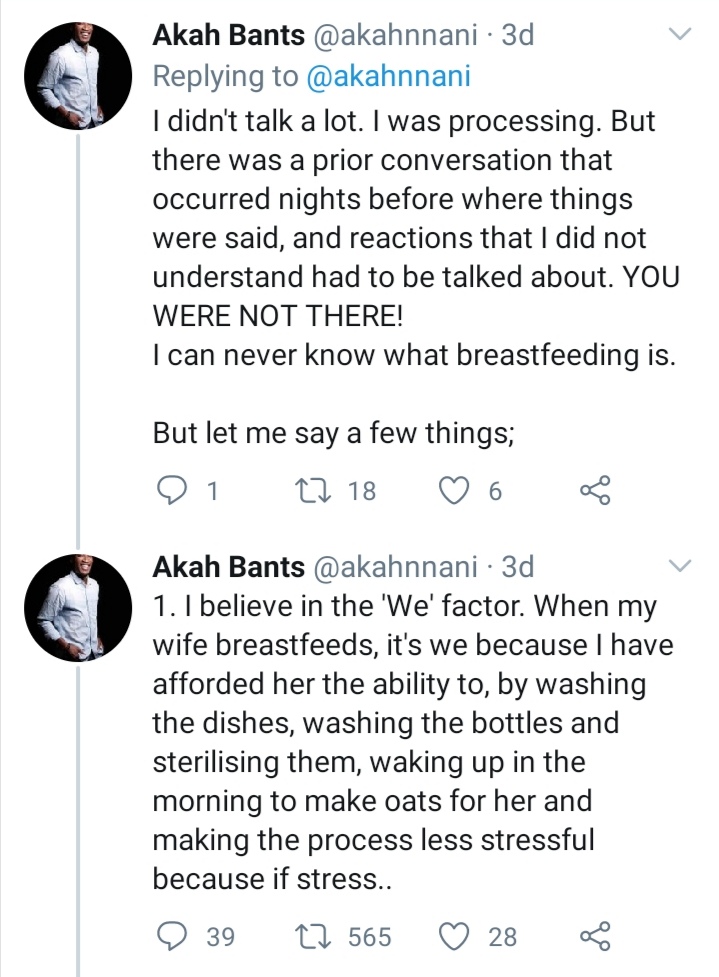 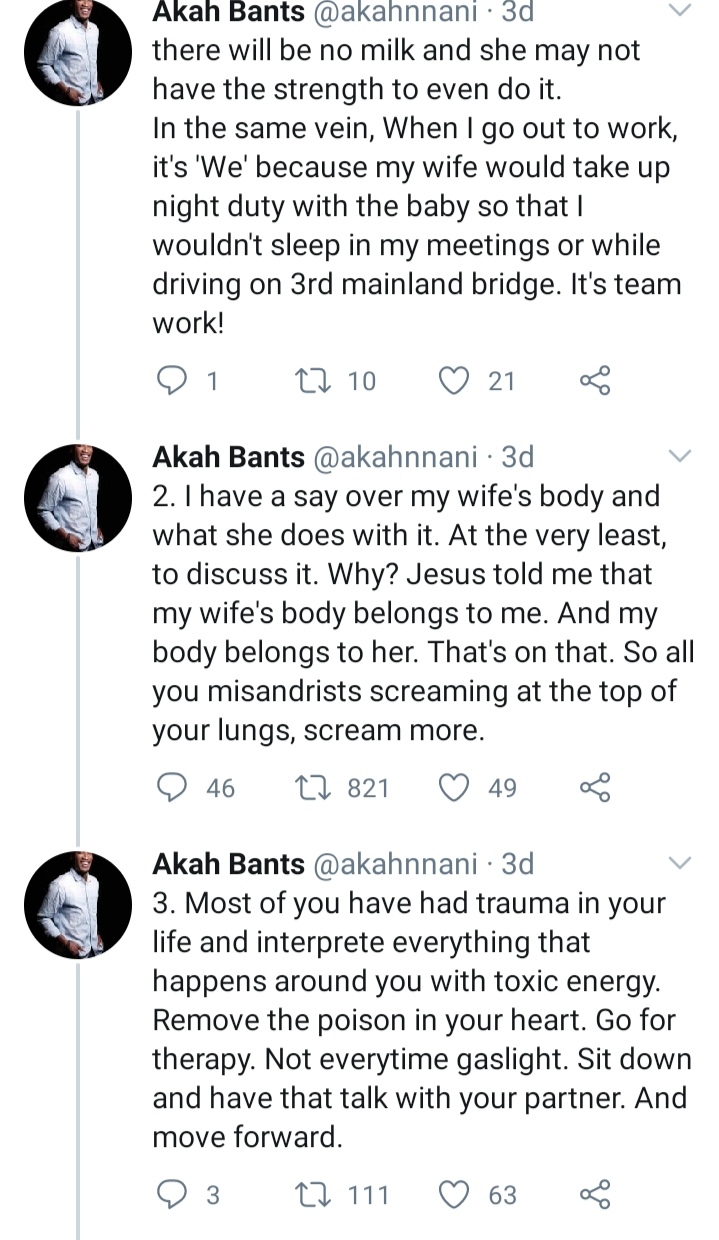 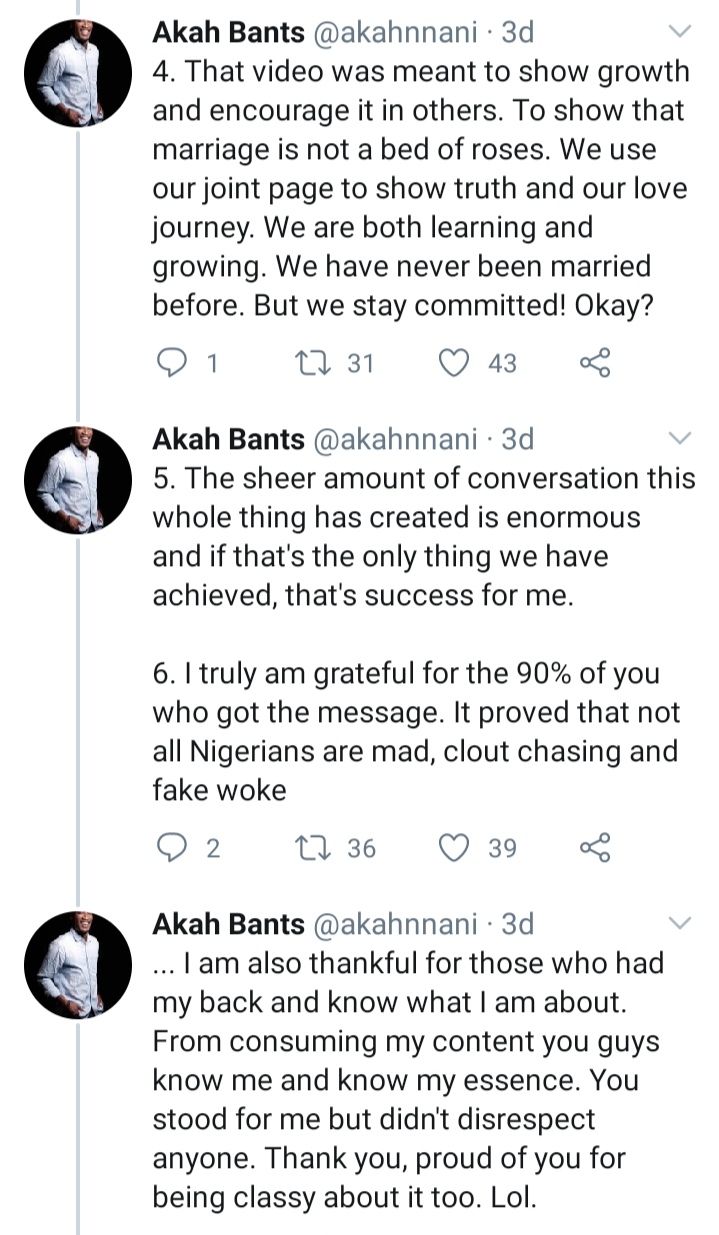