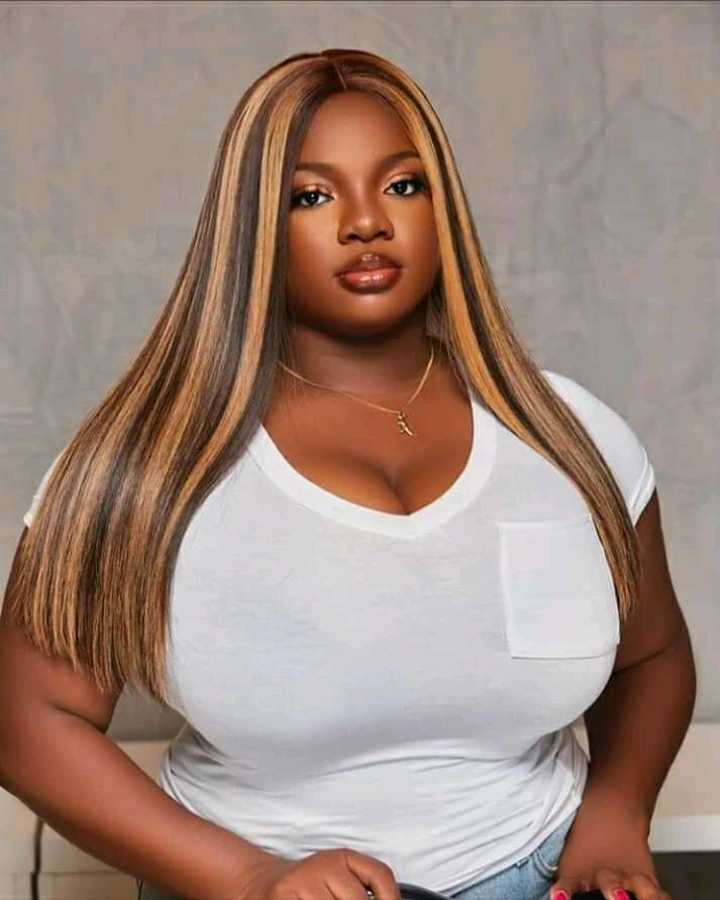 Cynthia Bachor, the sister of BBNaija Lockdown season first runner-up, Dorathy Bachor has cried out that insults are being sent to their DMs over the reality TV star’s alleged rift with ex-bestie and co-star, Prince Nelson.

“It’s how you even think ANYONE can tell her what to do for me… I’m only addressing this cause it’s beyond disgusting, some of you have gone as far as sending insulting DMs to her family members. Let’s not talk about the DMs I get and then tagging my mum. STOP THE MADNESS BIKO”

Read Also: I Can’t Be Caught Dead Fighting Over A Man – BBNaija’s Dorathy

“You obviously didn’t watch the show if you think I can be controlled and told what to do.” 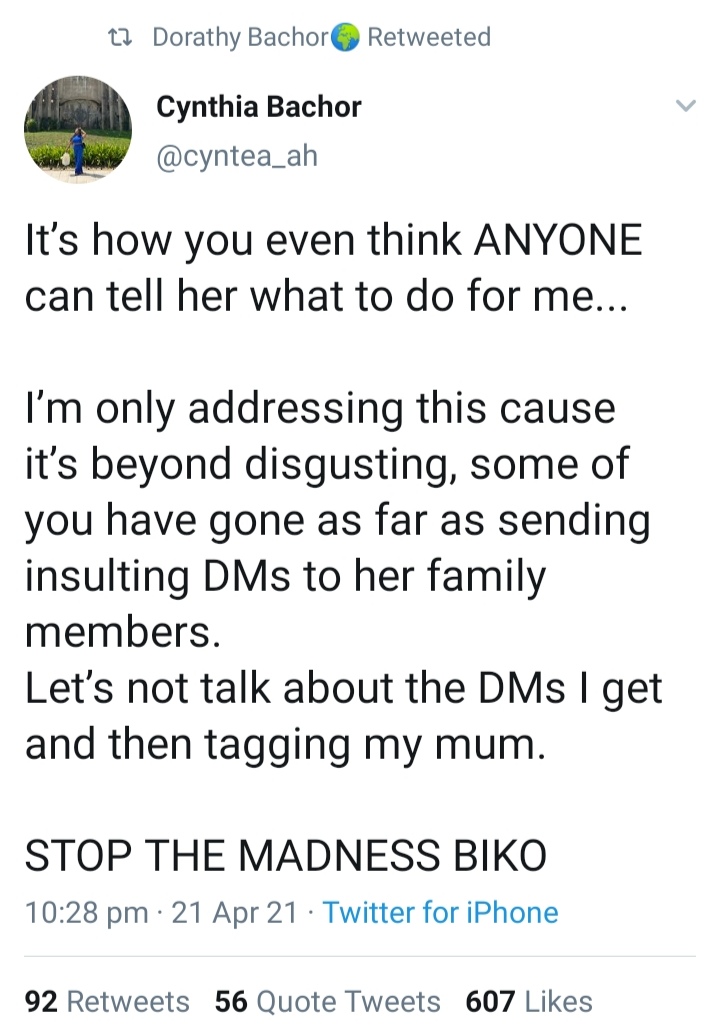 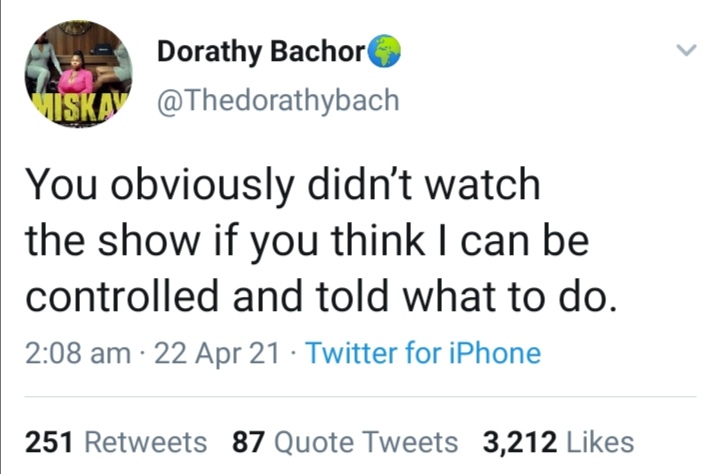